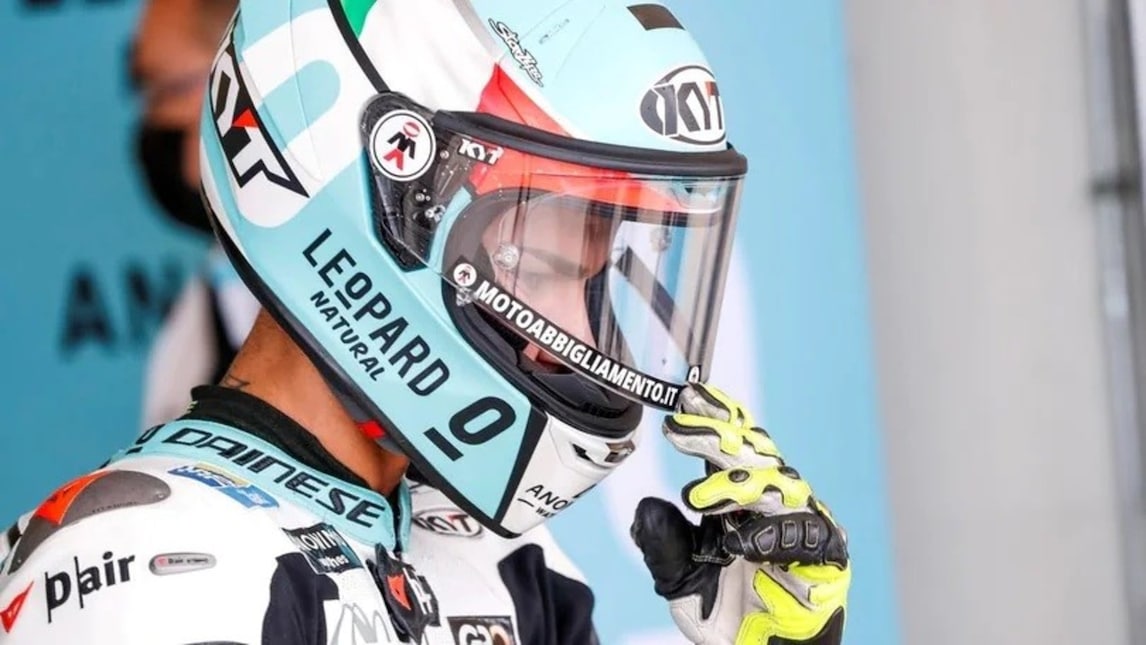 The team Leopard technical director Christian Lundberg talks about what he expects from the weekend: “We know that the KTM meeting has taken things further and we perhaps got a taste of it at Misano”

The Moto3 battle has begun with the first free practice at Portimão. The prize is of course the championship title, for which both Pedro Acosta, aboard the team Ajo KTM, and Dennis Foggia, with the team Leopard Racing Honda, continue to fight. Sky Sport MotoGP has spoken to team Leopard technical director Christian Lundberg, who explains a little of their rivals’ action plan

“We have good sensations ahead of the weekend – he says – but we’re also aware that Acosta will be very fast at this track. The first time he raced here he won, so we’re a little worried in this regard, because we have to finish ahead of our rival. We need to be fast and focused on the race, especially on the last lap”.

Lundberg then talks about the strategies being formulated, particularly by KTM, which appears to have held a meeting with all its riders, asking them to be aware of Pedro Acosta: “We know that the meeting has taken things further – he adds – and we perhaps got a taste of it at Misano, where Binder clearly slowed down during the last laps. Honda adopts a different kind of fair play and doesn’t get mixed up in these things, preferring the races to be won on track thanks to the performance of the riders and the bikes. We realise that we’re totally alone in this championship and so just have to try and win, and that’s it”.

“Artigas? We hope he helps us”

And so there is a legitimate question about Foggia’s team-mate. Will Artigas at least avoid hindering Dennis? “If we have even the slightest control, we need to exploit that, and the only one who can perhaps get in front of our rival is one of us, so we hope he’s receptive and has not already been prepped by his new manufacturer. We think we have an excellent relationship with the rider, so we hope he’ll help us”.

So what can we expect to see in the race? “The way I see it, none of the KTM riders will battle hard with Acosta – he concludes - At Misano I thought Antonelli could run a good race as he’d been quick in the wet too, but then we saw that none of those guys fought with the championship leader. We hope that there’s a least a few Hondas that try to battle a bit”.

MotoGP: the ins and outs of Marc Marquez's injury