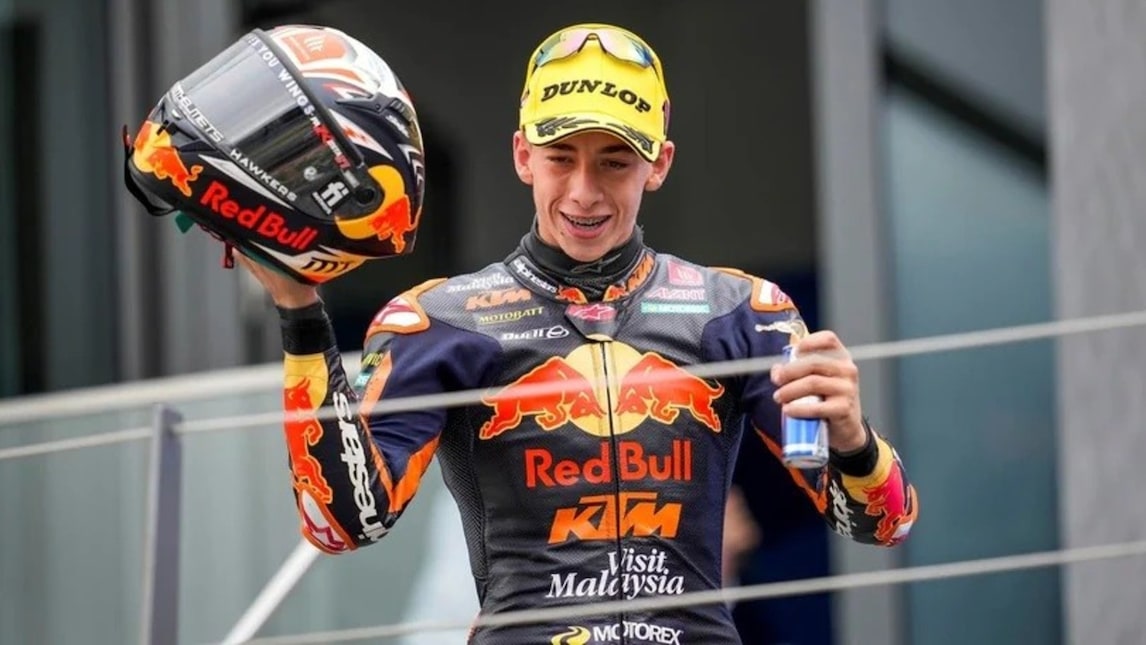 The new Moto3 champion has had the world championship debut season of dreams, but his path to becoming a national champion and more was far from simple

Moto3 championship leader right from the first races, Pedro Acosta was crowned world champion at Portimao with the team Ajo KTM bike in what is his very first world championship season. The young Spaniard was able to deal with the pressure that rival Dennis Foggia piled on after closing what seemed to be an impossible gap, having made race consistency and lucidity his weapons of choice.

Next year will see the Spaniard move up to Moto2, and yet the pathway number 37 has taken to get here hasn’t been a bed of roses. Having cut his teeth in the Cuna de Campeones, Acosta risked having to put an end to his career in 2018, but was then selected for the 2019 Red Bull Rookies Cup where he was able to showcase his skills and ultimately get to where he is today.  With the Cuna de Campeones, he even shared the garage with another of this year’s world champions, or rather Adrian Huertas.

After completing his 'apprenticeship' in 2019, the 2020 season saw Pedro dominate in the Red Bull Rookies Cup. The Spaniard ultimately won the title in the category dedicated to young talents, lifting the trophy a round early, at his very own Valencia, a circuit at which he then won his last race, in the CEV Moto3 class, before arriving in the world championship.

His move to the world championship was also controversial, as he should have competed with the PrustelGP team alongside the late Jason Dupasquier but was then promoted to the team headed up by Aki Ajo following Raul Fernandez’s move to Moto2. Despite having found himself ‘in the right place at the right time’, Acosta immediately proved to have deserved the ride, continuing what he had begun with the Rookies Cup and soon becoming one of the most appreciated riders in the paddock.

Next year he will move to Moto2, staying with team Red Bull KTM Ajo and once again taking a place left vacant by Fernandez: it looks as if history might repeat itself in the intermediate class.