MotoGP, Stoner as Ducati coach? Ciabatti: “We’d like that, but...” 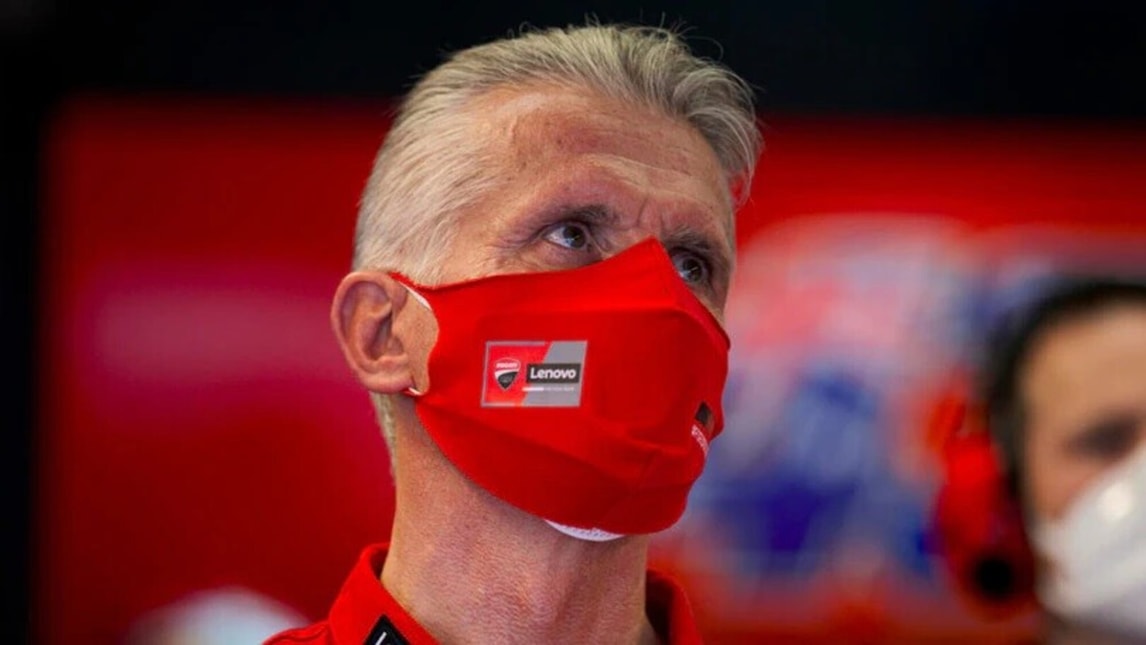 The guys at Borgo Panigale, not least Francesco Bagnaia, would like the Australian to be permanent fixture in the garage in 2022. The Ducati Corse Sporting Director explains why this might be difficult

There was a lot of talk about Casey Stoner’s visit to the MotoGP paddock at Portimão last weekend, and many people were pleased to see him of course, particularly the Ducati team.

Bagnaia: “Casey would be fundamental"

In fact, Pecco Bagnaia spoke outright about the respect he has for the two-time world champion: “We're talking about Casey Stoner, the most successful Ducati rider, able to win with the red bike, one of the world’s best. It would be fundamental to have him as coach. He helped me understand how to tackle the last turn this weekend, I like his approach”, stated the winner of the Algarve GP after scoring