MotoGP, diplopia: what is the condition that has stopped Marc Marquez once more? 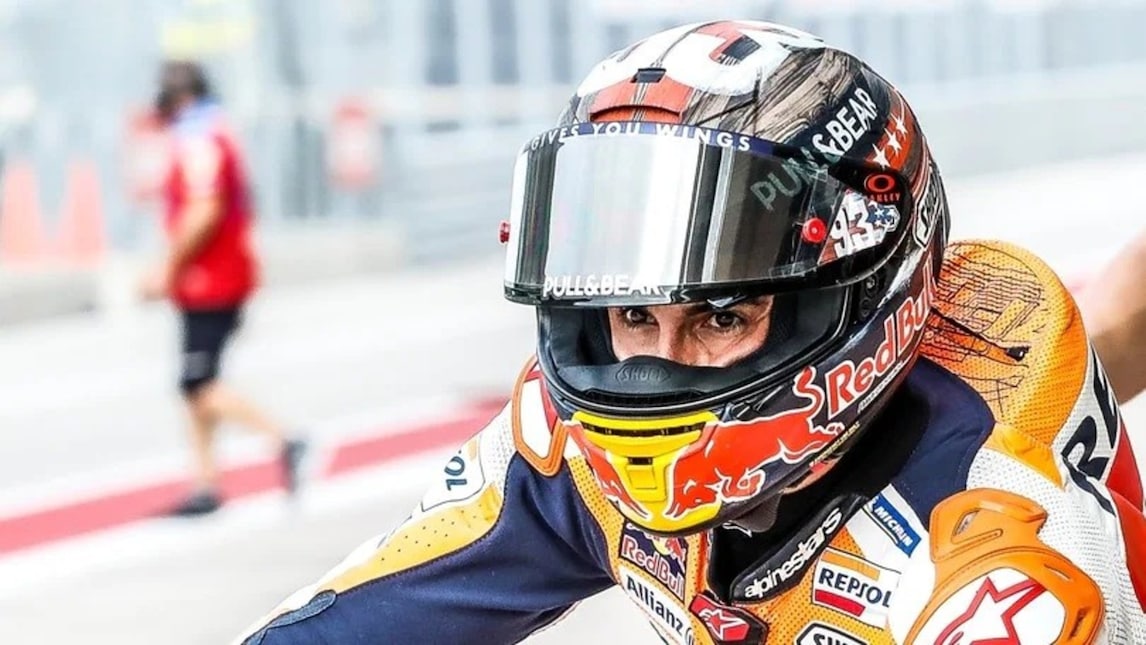 Having hit his head while training, the Honda rider has seen the return of a condition that he previously suffered in 2011. We look at what it is and how it’s treated

Whether riding on track or on the road, your vision is very important, particularly if you happen to be a MotoGP rider.

And this is why Marc Marquez will be unable to race at Valencia or take part in the post-race tests at Jerez, the rider once again suffering with diplopia after crashing while training.

What is diplopia and what are the causes?

In very simple terms, diplopia is double vision, the sufferer seeing two images rather than one. There is the binocular form, the most common, which occurs when both eyes are open, and the monocular form, present with only one eye open, in that the problem is not related to correct eye alignment, but to an alteration to one of the two eyes.

One of the various causes of diplopia is the (multiple or isolated) peripheral paralysis of the oculomotor cranial nerves (cranial nerve III-IV and VI), caused by ischemic alterations, tumours, intercranial aneurisms or trauma to the head.

What are the symptoms and treatments?

Diplopia is often the only symptom a patient reports but, depending on the neurological issue in question, it can also be associated with many other eye-related symptoms (pain, proptosis, loss of vision, pupil alterations, nystagmus) or more general complaints (tremors, balance issues, paralysis, changes in sensitivity).

Depending on the nerve or muscle in question, the double images can be horizontal (one next to another), vertical (one above another) or oblique (a combination of the two), and manifest in one or more directions, or occur only when viewing things at a distance (in cases of paralysis of the VI cranial nerve for example).

Double images, particularly when present in your primary vision, or rather directly in front of you, are very debilitating, as they generate a state of confusion that can be associated with a loss of balance, vertigo and a feeling of nausea.

For a normal person, treatment for diplopia can be anything from surgery to a treatment involving botulinum toxin, eye exercises or glasses with prismatic lenses.

In Friday morning’s free practice at Sepang, Marc crashed on a wet track along with other riders. The Spaniard was not lucid after the fall and was forced to sit out the rest of the weekend as a result. In the impact, Marquez had hit his neck, hard, which led to inflammation of the nerve. Basically, he couldn’t see well. After missing Valencia too, doctors examined him and diagnosed vertical diplopia. He also suffered a periorbital edema in the crash. The Spaniard underwent surgery on 16 January 2012 due to paralysis of the superior oblique nerve.

MotoGP, Stoner as Ducati coach? Ciabatti: “We'd like that, but...”