Jerez MotoGP test – here’s what teams are working on 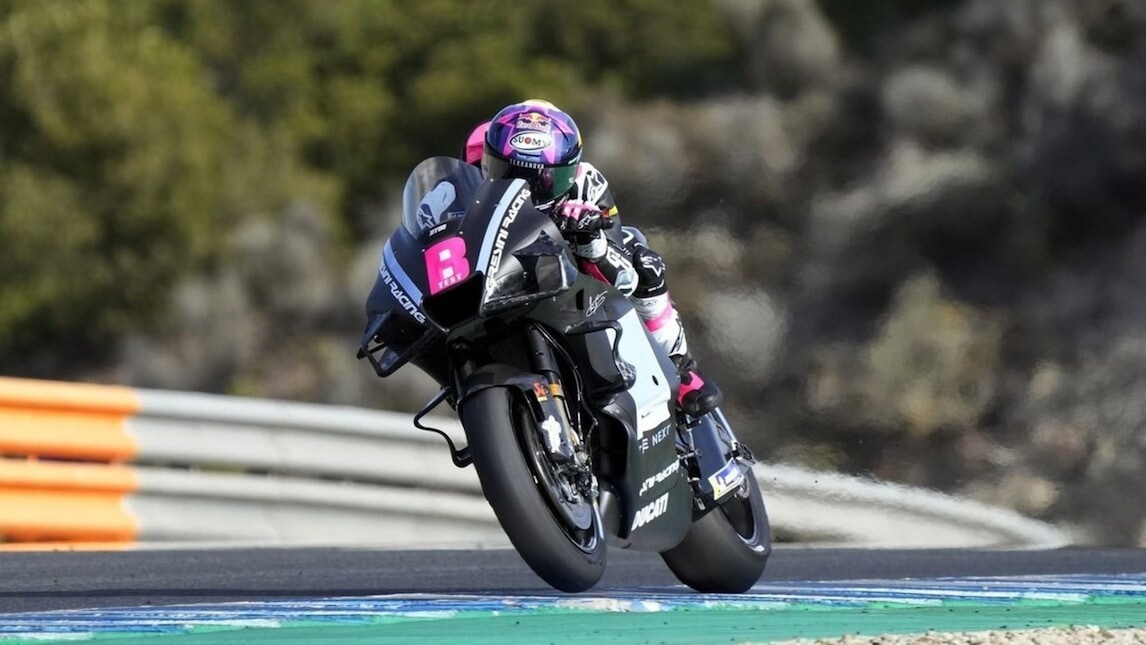 Ducati is working on a new engine, an evolved frame and new bodywork, while Suzuki is evaluating its 2022 components on this season’s bikes. Let’s look at the work going on, garage by garage

Work is in progress at Jerez. Just a few days after the end of the 2021 season, the MotoGP riders and teams are already back on track. These are the first 2022 pre-season tests, very important sessions in which the engineers will collate information and data with which to set-up the bikes for next season over the next two months.

With no Marc Márquez and a Pol Espargaró who is still physically weak after his crash four days ago at Valencia, Honda has Alex Márquez and Takaaki Nakagami riding the prototypes this week, with six bikes in the Team LCR garage today!

Yamaha has brought three new-generation engines to Jerez, one for each of its 2022 factory riders, Fabio Quartararo, Franco Morbidelli and Andrea Dovizioso. Suzuki doesn’t have any new bikes as such, and is following a different path, using this year’s bikes with the addition of 2022 components in order to evaluate the changes in performance and behaviour with respect to the bikes used up until just a few days ago. Among other things, there are four new engines, two per rider.

Ducati is working on a new engine, an evolved frame and new bodywork. With eight bikes on track, the parts in development are being passed from one bike to another so as to have feedback from the different riders.

As well as its 2021 bikes, Aprilia explains that it has brought two “hybrid” bikes, which means they are “old” bikes complete with 2022 parts, including engine, frame and swingarm. The Noale brand now has three new riders, Aleix Espargaró and Maverick Viñales being joined by Lorenzo Savadori. Aleix suffered a crash this afternoon, but was unhurt.

At KTM the biggest new element is the arrival of Remy Gardner and Raul Fernandez who, together with Italians Bezzechi and Di Giannantonio, make up the category’s rookies. Having ridden yesterday at Jerez, Dani Pedrosa is trackside today, watching the other riders. He is set to ride again tomorrow.

Xavi Forés vents: “BMW, you don’t deserve me as a rider or person”