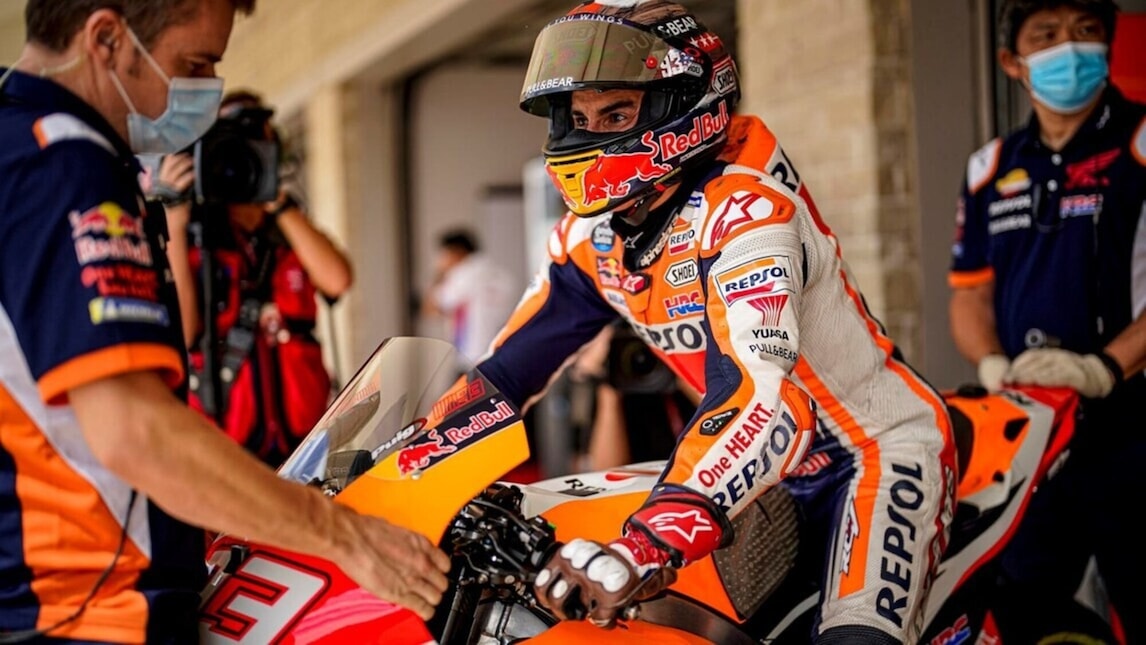 The rider, who is suffering with diplopia, appears to have the same problem he had in 2011 after a crash at Sepang. Will he need another surgery?

The situation is less than rosy in the Honda camp right now. We saw this over the Valencia race weekend, where the factory Honda team was unable to have either of its riders on the grid. This was something that hadn't happened since 1992 and it could be a symptom of a worrying situation that could impact on HRC plans.

The latest on Marquez

Marc Marquez was missing from Valencia due to a diplopia (double vision) problem he’s been struggling with since crashing while training with his enduro bike. The Spaniard hit his head in the incident and the vision problem stemmed from there. The Spaniard already suffered this problem in 2011, and had to have surgery as a result. So the biggest unknown right now is when he’ll be able to return to the track. As well as missing the last two rounds of the season, he’s now absent from the all-important Jerez test, where his colleagues are already working with a view to 2022. Diplopia is a problem that either corrects itself over time, or requires surgery.

While a timeframe for Marc’s return to the track remains an unknown, our colleagues at Speedweek.com have picked up on rumours that cite trauma to Marquez’s optic nerve, exactly like 2011. This would mean that Marc might be suffering from double vision when he looks down, while looking ahead or up would not pose a problem.

An uncertain future for Honda

And so what does this mean? That he’ll need another operation? If this were the case, he would then need time to recover and this could see him miss the winter tests, further complicating matters in the factory garage, the team deprived of its brightest gem. Stefan Bradl would likely continue to stand in for the Spaniard. In the meantime, the MotoGP riders are on track with their prototypes at Jerez today and tomorrow. In the Honda camp, the most important work falls to LCR riders Alex Marquez and Takaaki Nakagami, who had six prototype bikes to test in their garage today. Pol Espargaró is also present but is still convalescing after his crash in FP3 at Valencia.

Jerez MotoGP Test – here’s what teams are working on