MotoGP, Stoner and Rossi as team-mates? “Somebody at Yamaha didn't want me” 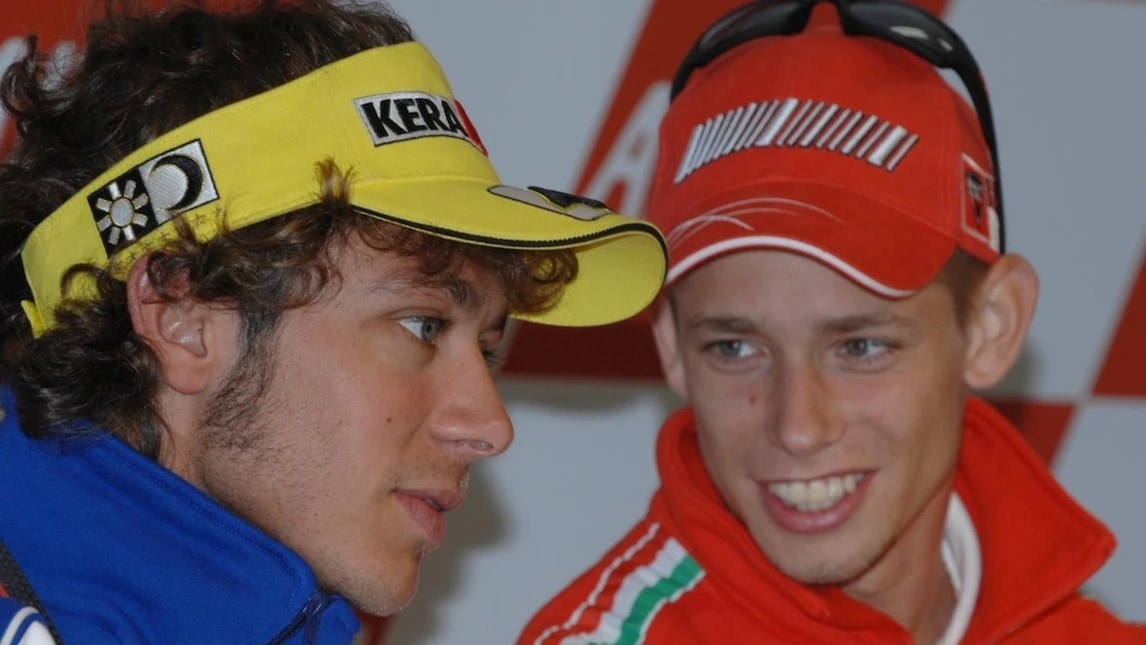 World champion with Ducati and Honda, the Australian would have liked a chance with Yamaha too, alongside the Doctor, but this was not to be...

Casey Stoner and Valentino Rossi as team-mates? Perhaps we might have seen this once upon a time, at least according to the Australian. Interviewed by DAZN for the RiVale documentary, Stoner admitted that he may have once had the chance to share a garage with the nine-time champion, but a deal was never made for some reason.

A dream that remained just that

The two-time champ admits: “I tried to become Valentino’s team-mate, on two occasions. But someone at Yamaha stopped it… I think you know who that might have been”. Maybe yes, but maybe no. To whom precisely is he referring? The Australian gives nothing more away, before continuing: “I would have really liked to have the same bike as a rider like Rossi, to be able to learn from him”. A dream that remained just that, and one that would have had so much meaning in race terms too. After winning the title with two manufacturers and two such different bikes, the Yamaha challenge would have been a very interesting one for Stoner, even more so alongside Rossi. But this remains a utopia today.