Moto2, Baldassarri: “I came to hate the paddock, but I won’t give up” 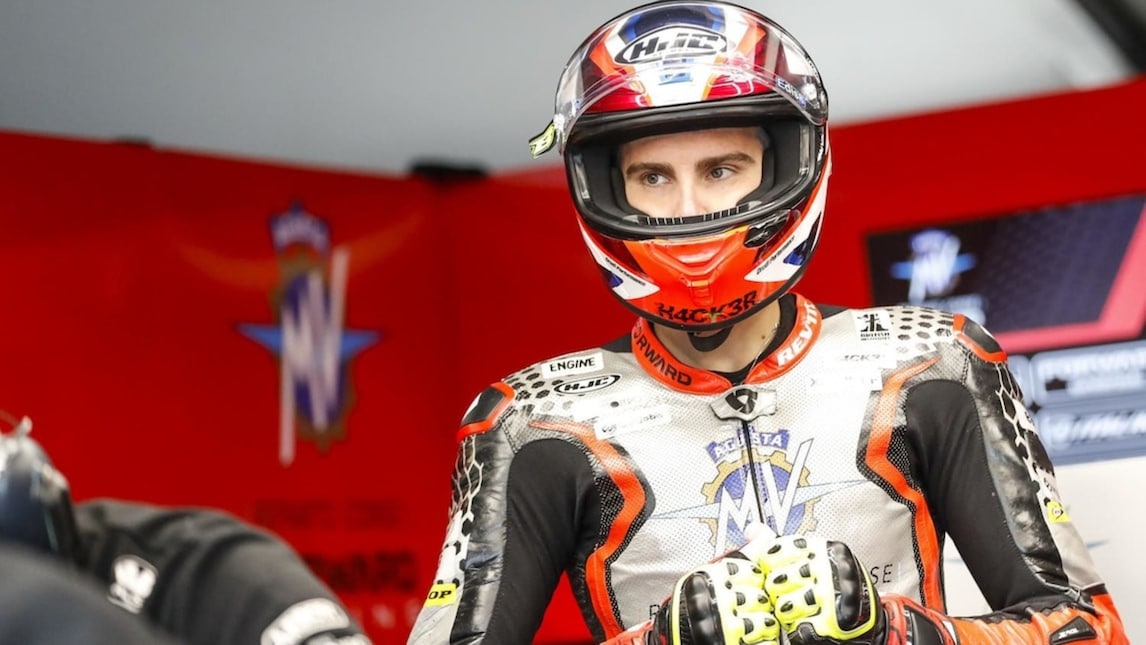 Lorenzo opens up during an exclusive interview: "I believed in a project that didn’t work. Without the results, you never feel fulfilled. My future? I’d even take a step back in order to move forward, but first I’ll finish school"

Motorcycling and motorsport in general have many sides. Often the front pages are dominated by the success stories, champions like Fabio Quartararo and Pedro Acosta and legends like Valentino Rossi. But those who know this world well will also understand that behind every triumph lie many failures, gold quick to turn to mud in this world.

As Lorenzo Baldassarri embarked on the 2021 Moto2 season, he was one of the riders with the most category wins (five) and yet his year took a bitter turn that left him very disappointed.

“I’m OK, but after such a tough season, everything’s more complicated. Those outside this world who just look at the results will be asking whether I’m still capable of riding, but I’m relaxed about it because I know I’m capable, even if things went really badly this season. My love of bikes is unwavering but this year I almost came to hate the paddock and motorsport”.

What was it that didn’t work this season?

“From a purely technical standpoint, the bike was lacking in some ways, and this was also due to various difficulties relating to the Covid emergency, but more could have definitely been done. The main problem was the confusion – my team changed three times during the year, which didn’t help from a set-up point of view. I often went out on track with a different bike, and my confidence slowly dropped”.

“It’s true, I crashed pretty often, and we didn’t even understand why at times. And in falling, I also hurt myself, which demoralised me to the point that, in the last races, I was at a real low. Luckily my family was there for me. No one wants to race if they can’t be competitive – as I’ve said, I love bikes and enjoy riding, but if you’re three seconds from the leaders, you might as well go to the beach”.

Did things turn bad right away?

“Not exactly. At the start of the year, there were a few positive notes, especially in practice, although things often worsened in the race. But during the second half of the year, it was nothing but bad news".

Let’s rewind a bit. How did you come to be back with team Forward?

“When I made the decision, it seemed like the best opportunity on the table. An interesting project, with a team that had given me so much in 2016, and despite the fact that we didn’t part on the best terms at the end of the following year. The project involved the historic MV Agusta brand, who seemed intent on doing anything it could to see its bikes out front, but things didn’t work out that way. In the best case scenario, I though I’d be able to score a win or a podium, and run in the top five, but it was hard to carry on when faced with the actual results. Unfortunately I believed in a project that didn’t work”.

Going even further back, how did you end up here after winning three races in 2019?

“In 2019, the change of tyres threw me off, and we only found the right set-up come the end of the year. The next year, history repeated itself in part – after a podium in Qatar, Covid arrived and then, after the break, the new front tyre left me and the team in difficulty. Despite this, I finished 2020 on the up, with three top tens in the last three races. So I was motivated as I started 2021, but this soon changed when the difficulties emerged. You never feel fulfilled when it’s like that. Valentino’s an example, as the two years he spent with Ducati saw him age ten years, while over the rest of his career the results allowed him to continue on up until this year”.

Some might say that splitting from VR46 hasn’t helped. How would you respond?

“After leaving VR, which gave me so much, I found myself in a situation in which I felt relaxed, and in fact I feel in shape, mentally and physically. I miss a few things about VR of course, but I think it comes down to comfort”.

Let’s talk about the future. You’re about to test the MV 800 at Jerez.

“They called me and I’m pleased they did. I’ll probably only ride for one day but it will be interesting, even if only to understand the bike – I’m pleased that Andrea (Quadranti) contacted me. But right now, that’s all it is".

“I would like to stay in Moto2 and continue to pursue my MotoGP dream, but it looks difficult right now. The second option would be Superbike, but there aren’t really any available rides there either. I don’t want to do nothing of course, so I’d accept a good bike in CEV Moto2, with a few wildcards in the world championship – a step back to take two steps forward”.

The economic factor also has a bearing.

“In the position I’m in, I’d rather go back to work than bring money to a team. I’ve gone back to school in the meantime, as I always said I’d finish scientific school sooner or later and so that’s what I’m doing. The only positive to have come of this season is that I’ve toughened up, and am tackling school with a new attitude”.