Moto3: Acosta like Capirossi, but better than Marc Marquez 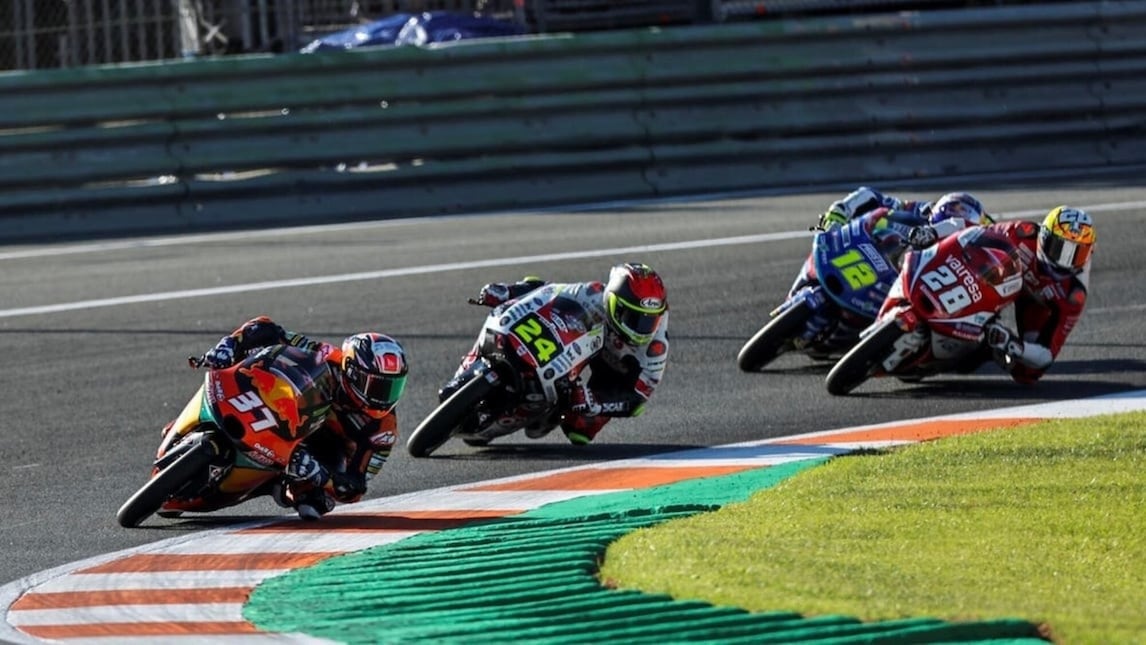 As a rookie, the Spaniard has immediately done incredible things with Brembo specifications, and is in good company when it comes to the classification of youngest world champions

Pedro Acosta missed out on becoming the youngest rider of all time to win a world title by just one day. At 17 years and 166 days, he didn’t quite usurp Loris Capirossi from his throne in this particular classification, but he did win the race that saw him earn a place in history. The son of fishermen, his father was a source of inspiration to him: “He always taught me that when you want something, you have to earn it”. And Pedro took him at his word, winning the Moto3 title in his rookie year, and doing so in style, making the most of the Brembo braking system that made its debut in the cadet class just this year.

Compared to the previous year, the main new element is the monobloc calliper in aluminium, machined from solid, with two 32 mm piston radial attachment and wings that allow for an increase in heat exchange. Somewhat similar to the GP4 calliper in use in MotoGP since 2020. The steel disc is also new (carbon is used only in MotoGP, in accordance with the regulation), standing out for its reduced height braking band to reduce weight and unsprung mass. The brake pump, smaller in diameter to the previous version, is another new feature.

200 grams lighter than that used up until last season, the system is completed with Z04 and Z16 sintered pads. Acosta’s KTM also used Marchesini wheels (a Brembo group company) - specifically forged magnesium M10RS Corse Moto3 ten-spokes – which allow for a significant weight and inertia saving, without losing anything in terms of stiffness.

Acosta chasing Capirossi, with Marquez on the podium

It’s true that it is the rider who ultimately makes the difference, and the youngest to ever win a title was Loris Capirossi, who won the 1990 125 championship at 17 years and 165 days. Like Acosta, “Capirex” was also crowned in his rookie season, but he had to wait for the tenth 125 race, in the UK, before he scored a race win. Two rounds from the end, he was lying 17 points behind Stefan Prein (a win was worth 20 points) and things were not looking good. But Loris ultimately secured the title by winning both of the final races, helped also by other Italian riders.

The third youngest winner of all time is a certain Marc Marquez, 125 champion in 2010 at 17 years and 263 days. It was his third year, and he won his first race at Mugello before also winning the next four. After something of a dip mid-season, although he did win at Misano, he was soon back to being unbeatable, scoring another four in a row. The title only became a sure thing at Ricardo Tormo, with the Spaniard having amassed ten race wins, eight fastest laps and twelve podiums.

And then Rossi, Poggiali and Dovizioso

In fourth place is Daniel Pedrosa, who won the 2003 125 title at 18 years and 13 days, followed by Valentino Rossi, champion in the same category in 1997, at 18 years and 196 days. That was his second year in the world championship and he won the first race in Malaysia, before crashing at Suzuka. He then bounced back with two more wins and a second place in Austria. Le Mans marked the start of a series of six wins, which meant that a third-place finish at Brno was enough to secure him the title three rounds ahead of time. He won two of the final three races, bringing his total number of race wins to 11, an all-time record in the 125 class.

Moto2, Baldassarri: “I came to hate the paddock, but i won’t give up”