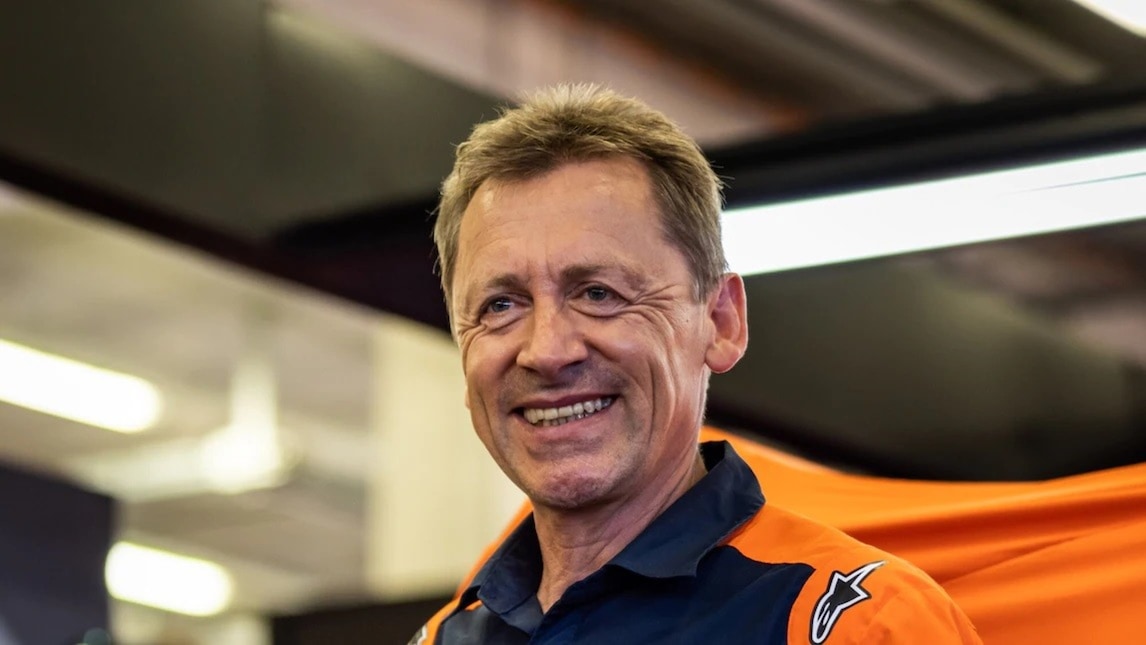 There’s a revolution underway in Austria, as the manufacturer’s veteran Race Manager leaves and both Fabiano Sterlacchini and Francesco Guidotti arrive

It’s all change for KTM. The Austrian manufacturer has confirmed the departure of Race Manager Mike Leitner after a disappointing 2021 MotoGP season.

Leitner, 59, will continue to work for the Mattighofen brand as a consultant. The manager played a key role as KTM returned to MotoGP, helping construct the test team that took to the track with the RC16 in 2015, before becoming an integral part of the team itself.

The name of his successor has not yet been confirmed, but the rumour is that Fabiano Sterlacchini will take on the role of technical director, while Francesco Guidotti will leave Pramac to become KTM team manager.

“Mike has been a key figure in our mission to fight against the best in the world of road racing”, comments KTM Motorsports director Pit Beirer. “Together we created a MotoGP structure with the right staff and the right riders which achieved outstanding results at the pinnacle of the sport. We started building our RC16 and the whole plan from a blank piece of paper and under his guidance we put a great team together; one that took on the challenge of MotoGP.”

“Now, after seven years together, we decided to reorganize our MotoGP leadership for the future, and I cannot express how much we want to thank him for all the work he put into this project. Mike pushed very hard to get us from the back of the grid to the front row and his dedication has played a major part in our success story”, concludes Beirer.