MotoGP, Biaggi: “Me and Valentino Rossi real rivals, both Italian” 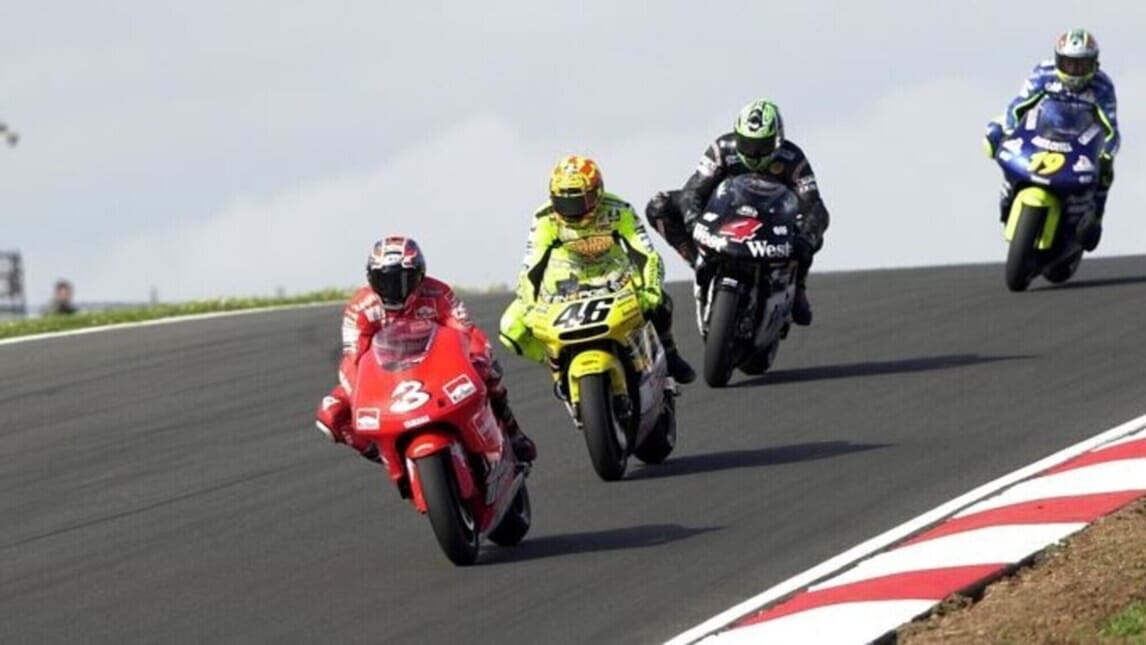 Max looks back at one of his many duels with Valentino: "He passed me on the last lap of the 500 at Phillip Island. I didn’t expect it and finished second, one thousandth of a second behind him"

Interviewed by BBC Sport, Max Biaggi has again talked about his rivalry with Valentino Rossi. The years in which the two great champions shared battles and skirmishes are still clear in the mind of the six-time champion: "We were fierce competitors and shared the same nationality, which made for a real rivalry".

The Italian continues: "He was very good, you never knew how the races would end. Valentino didn’t have many weak points, and it was always great to battle a rider like that. He would adapt his riding style, he was good in the wet and he had strong braking. He didn’t have the cleanest style but Rossi sure achieved some great results over the last twenty years".

The 2001 500 class took the pushing and shoving between Biaggi and Rossi to another level. Max touches on the Australian GP, in which Valentino just beat Max to the line: "He won at Phillip Island, but by just one thousandth of a second. The tiniest of margins, at the end of a fantastic race".

The Italian admits he was taken by surprise: "I didn’t expect him to be able to pass me on the last lap, and so I finished just behind him. That kind of race really got the adrenaline going. The weather wasn’t great, but thousands of fans were there to witness that tremendous battle".

MotoGP, 20 years since the end of the 500 era: how has riding style changed?