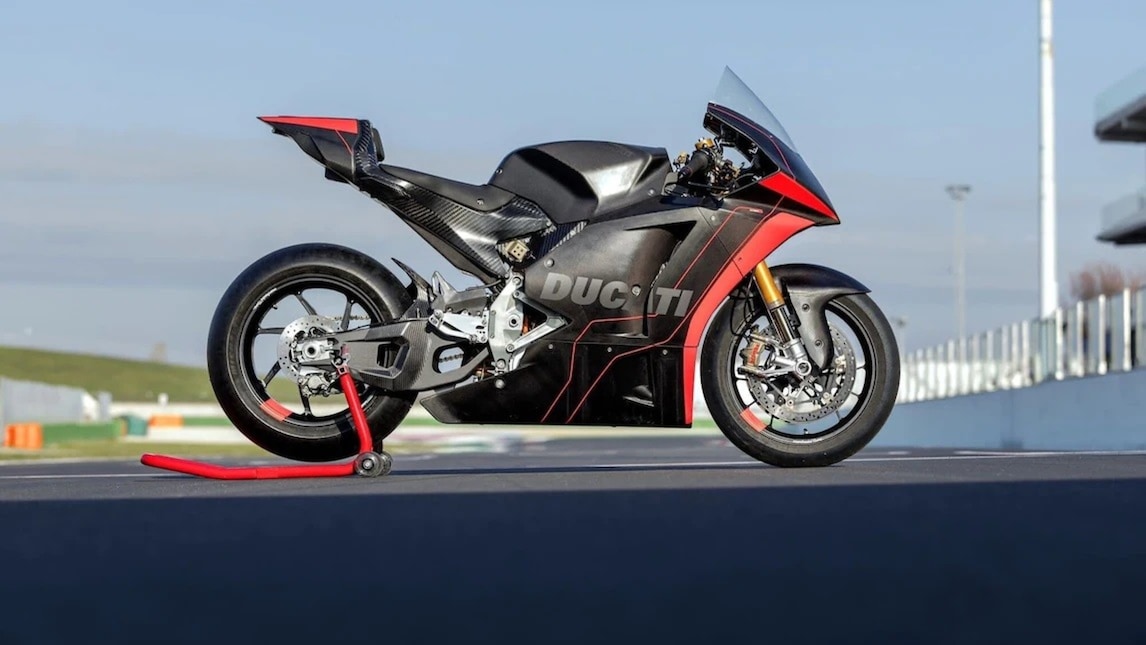 Following an initial test at Misano on Thursday, we can reveal some shots of the latest Borgo Panigale creation, which will mark the start of a new era come 2023

Roughly two months on from the official announcement, Ducati has now fully embraced the electric life. It was 21 October when the Borgo Panigale manufacturer and Dorna announced that Ducati would become the sole supplier for MotoE as of the 2023 season, with a bike that got its very first taste of the asphalt just a few days ago.

Test rider Michele Pirro spent Thursday baptising the first ever electric Ducati bike at Misano, a test that was of course shrouded in secrecy and conducted far from prying eyes.

In the racing spirit, but lightweight

What immediately stands out are its lines, which once again confirm the Ducati racing spirit and make it look like a race bike, one that will also need to convince more traditional Ducati enthusiasts.

The other important feature is the weight, probably the most important aspect when it comes to electric bikes. Already with this first version, Ducati presents a bike that is much lighter than its Energica predecessor (thanks to the extensive use of carbon), which brings clear benefits in terms of how it rides. The new Ducati era has officially begun - settle in and enjoy the ride.

MotoGP, Lorenzo: “I reached the point where i was scared to ride”