Valentino Rossi and Mooney, a partnership that goes beyond the bikes 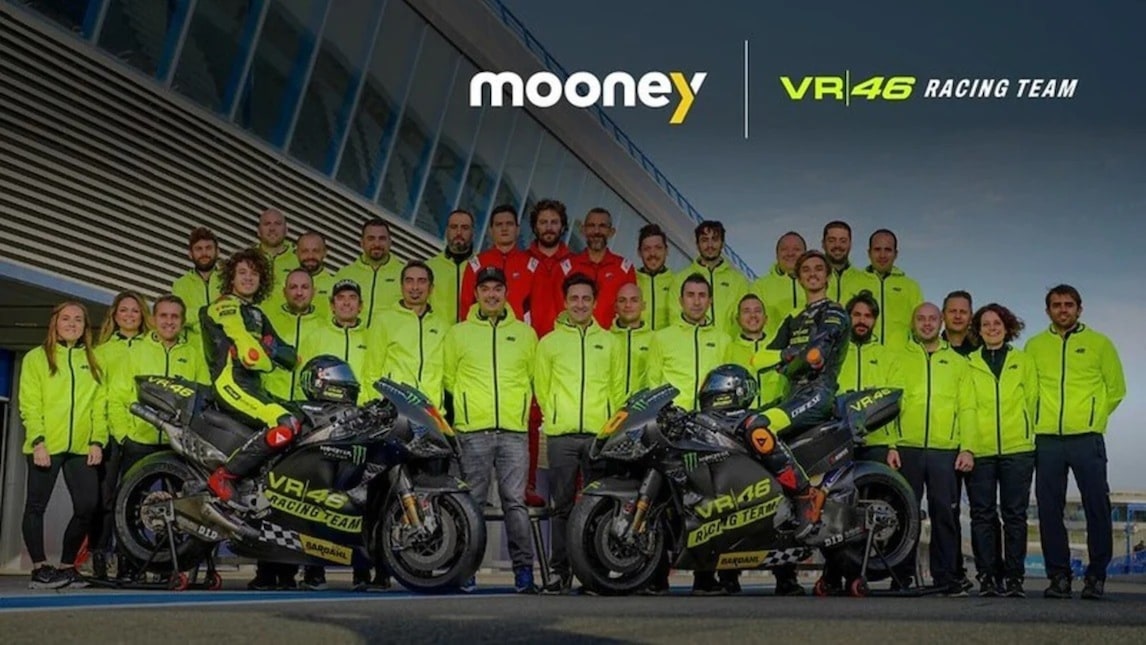 The leading Italian Proximity Banking & Payments firm are on board for the 2022 Moto2 and MotoGP seasons, VR46 Academy activities, and the Doctor’s first four-wheel adventure

As already announced a few days ago, the newly formed Mooney VR46 Racing Team will take to the track in MotoGP and Moto2 thanks to a new collaboration with title sponsor Mooney, the leading Proximity Banking & Payments firm in Italy. But we now learn that the partnership will extend to other areas, both on and off the track.

The collaboration between the Mooney firm and VR46 will give life to commercial initiatives with a shared marketing and communications plan, with the aim of offering added value with the advanced fintech services and payment systems offered by Mooney via its capillary network, comprising more than 45,000 sales points across Italy. Mooney CEO Emilio Petrone commented: "Linking the name of Mooney to such a prestigious brand as VR46 Racing Team is a real declaration of intent for our company which confirms itself as a protagonist in the field of payments and mobility services. Speed, safety, innovation and the ability to adapt to the constantly evolving customer needs are common values shared by Mooney and VR46 Racing Team, which brings the Italian excellence, talent and technology around the world in some of the most competitive contexts of the sport".

The racing project is wide-ranging and team owner Valentino Rossi commented, “Mooney, in addition to being the Title Sponsor of our Team in the MotoGP and Moto2 World Championship, will also join us in terms of the VR46 Riders Academy and in my first four wheels racing season”.

The Doctor’s right-hand man Alessio “Uccio” Salucci will be team director: “The Mooney VR46 Racing Team will be nothing more than the evolution of the project started, almost eight seasons ago with the partnership with Sky Italia that led us to conquer the Championship in 2018, the title among the Teams in 2020 and being now a Team of reference in the lower categories of the Championship”. This year, riders Luca Marini and Marco Bezzecchi will fly the flag in the reigning class and the Italian manager feels confident: “Our riders have the potential to achieve something great and keep us entertained. We are confident that we will soon reach the level of the most competitive teams. A common goal also in Moto2 where we want to remain one of the reference teams in the category’’ (with Niccolò Antonelli and Celestino Vietti Ramus).

Dakar: Petrucci’s hopes hang by a thread after he retires from the Stage