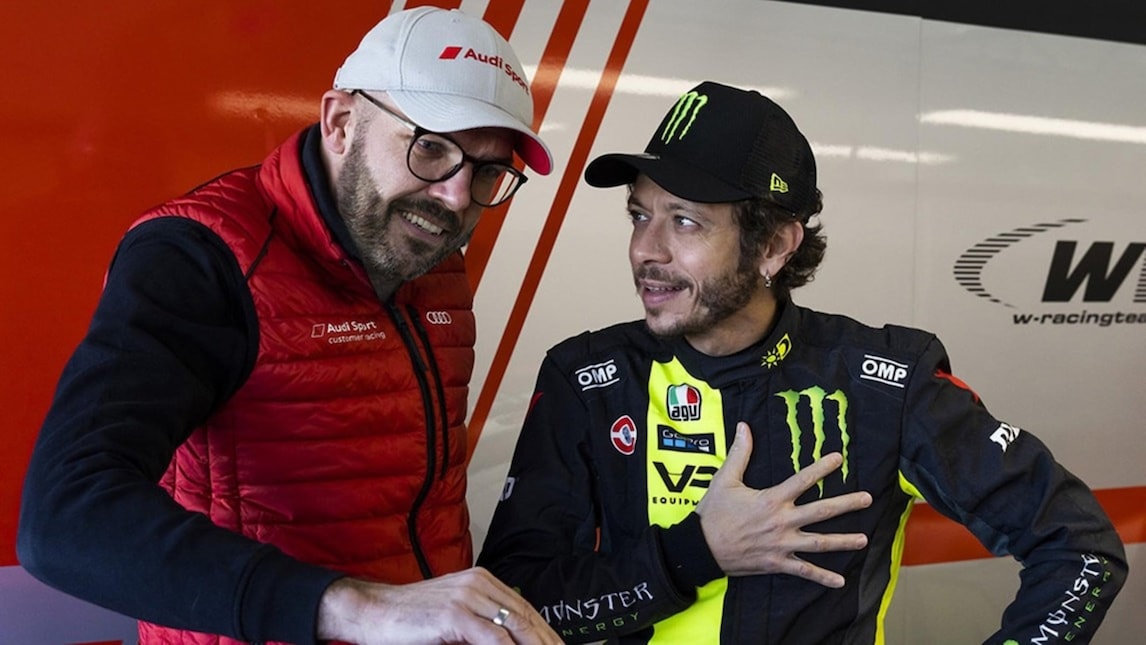 Ten rounds of the Endurance Cup and Spirit Cup for the Italian driver, who has said farewell to the motorcycle race world and will line up with leading Audi squad Team WRT

He missed out on the Gulf 12 Hours, but Valentino Rossi has already got plans in place to compete in the Fanatec GT World Challenge Europe Powered by AWS. The Italian will take on the full season with leading Audi squad Team WRT.

While Valencia 2021 marked the end of the nine-time champion’s career aboard a motorcycle, his future will now see at the wheel of a racing car. Having been forced to miss the Gulf 12 Hours due to a period of enforced isolation, the Doctor has now finalised his plans for the rest of the year and confirms he will compete in the GT World Challenge Europe. The decision comes after an initial test that Rossi carried out with Team WRT at Valencia in December, the driver having clearly felt at ease in his new environment. Hence, the agreement with the Belgian team, which will see Rossi compete in ten events, in the Endurance Cup and Spirit Cup.

Although the Fanatec GT World Challenge Europe Powered by AWS will be a new and important test bench for Rossi, number 46 already has Endurance experience, having competed in the Monza and Nürburgring races in 2012. He now prepares for the official tests, which will run on 7-8 March at the Paul Ricard circuit, and will then be at Imola for the first Endurance Cup round and on 30 April/1 May for the Sprint Cup.

“I am sure that a lot of fans will be as pleased as we are that Rossi is starting a new career on four wheels and that he is doing it in GT, with Team WRT and Audi”, comments WRT team principal Vincent Vosse. “We all know what a great motorbike champion and sports figure Vale is, but most of all, he is a true racer and a very professional and competitive sportsman, eager to be as successful as possible in the new challenge he has decided to embrace. This is exactly why we really wanted to work with him. The test we made at Valencia was extremely positive for both parties, in terms of technical feedback and working approach, and we took things from there. We warmly welcome Vale in the WRT family and I am sure that we are off to a very exciting experience for both.”

Rossi is also very enthusiastic as he heads into this new season on four wheels: “I am delighted to join Team WRT for a full Fanatec GT World Challenge Europe powered by AWS programme. Everybody knows that I have always been a great car racing fan and that I have always been interested in racing on four wheels once my MotoGP career would come to an end. Now I am completely available to devote myself to a car racing programme at a high level and with the right professional approach. Team WRT is the perfect fit I was looking for and I am anxious to start this new adventure in the Fanatec GT World Challenge Europe powered by AWS with them.”

Exclusive, Orioli on Petrucci: “He’ll be a frontrunner in 2023”