Moto2, Acosta like the greats: he already has his own corner 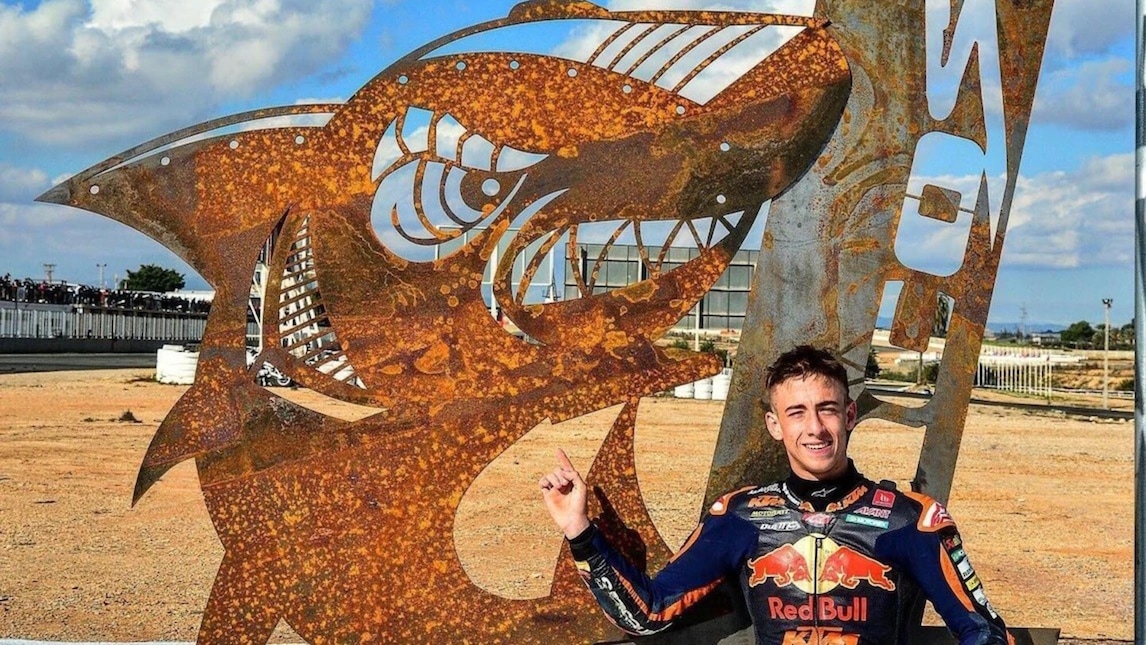 The Cartagena circuit, where Pedro often trains, has decided to dedicate a corner to him to celebrate his spectacular Moto3 title win

In recent years, several greats have had the corner of a racetrack named after them, the likes of Dani Pedrosa, Jorge Lorenzo, Mick Doohan… and now also Pedro Acosta. The Cartagena track wanted to mark the young rider’s success after he won the Moto3 title in his rookie year, and so has dedicated a corner of the circuit to the Spaniard.

“Shark corner”, and the move to Moto2

Significant recognition for a rider who many believe is destined to make his mark on the MotoGP paddock. Following his feats in the cadet class, Pedro has been immediately promoted to Moto2, a category that is now without its top three riders from 2021.

Team Ajo didn’t want to lose him of course and now trusts in him (together with Augusto Fernandez) to replace the Gardner – Fernandez pairing. Now all we can do is wait for the next tests (scheduled for 16-17 February at Jerez) and the opening races, to see whether we’re in for another Acosta show.

MotoGP, Marc Marquez back on an RC213V-S: a first step towards his return