Valentino Rossi and Ferrari: “There was a plan to move to Formula 1” 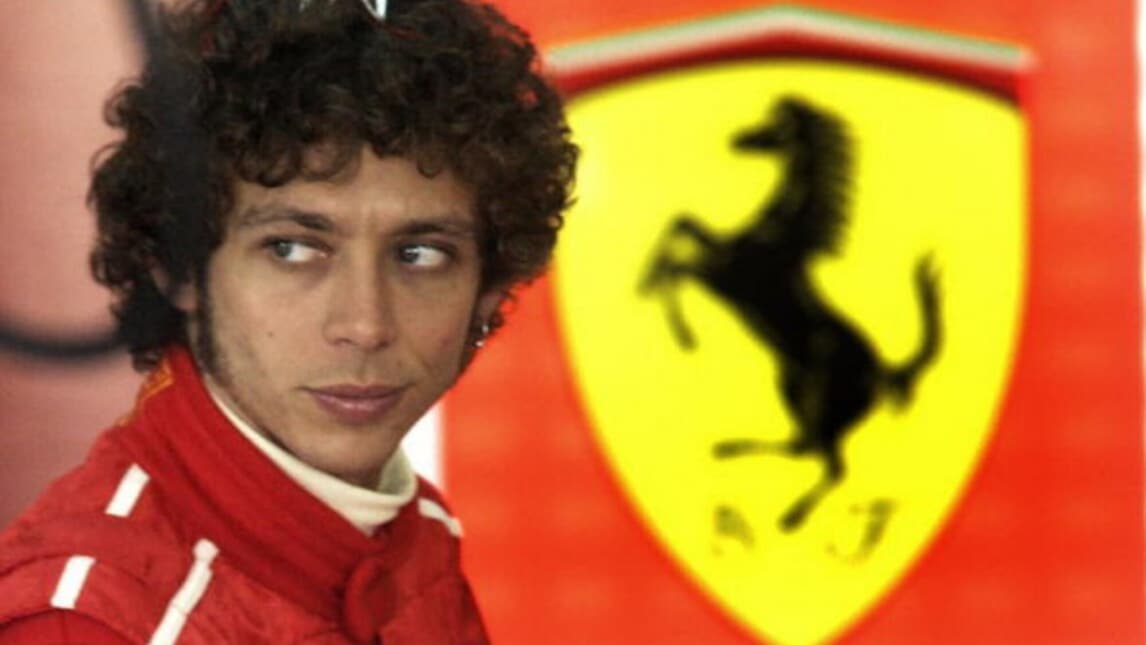 It was 2006 when the Doctor came close to making the move from two to four wheels: “I completed some tests for Ferrari and I was quite fast, but I stayed in MotoGP"

Valentino Rossi’s love of bikes is well known, but cars have always had a place in his heart too. As demonstrated by the agreement he has recently made with the Audi WRT team, with which see him compete in the GT World Challenge Europe, a series that marks the start of the Italian’s second racing life.

Not Ferrari then, a manufacturer with whom Ferrari flirted in 2004-2006, when a move to F1 actually seemed possible.

"I was a step away from racing in Formula 1 – Rossi tells journalist Graham Bensinger - Stefano Domenicali called me and asked me if I wanted to try the car. I said yes and so we secretly met in Fiorano. We tried to keep it private but we failed”.

That test was followed by others, as confirmed by engineer Mazzola in the book in which Motosprint traces the Doctor’s career. At that point, there was a real chance of seeing the motorcycle ace in the red car.

"I completed an official test with Ferrari and the other drivers at Valencia. It was the end of 2006 and I ended up being quite fast”, explains Vale, who continues: “There was even a plan. I would start with a smaller team and then move to Ferrari if I was suitable. They all wanted me to go to Maranello, everyone from my mum to my friends".

In the end, Rossi decided to stick with MotoGP: "I had many doubts, and so I decided to stay in the world championship. But it wasn’t an easy decision, in my heart I felt I should continue with the bikes".

SBK, Chaz Davies to stay with Ducati, as coach for the Aruba Team