MXGP: Kawasaki announces the end of its relationship with ESCA 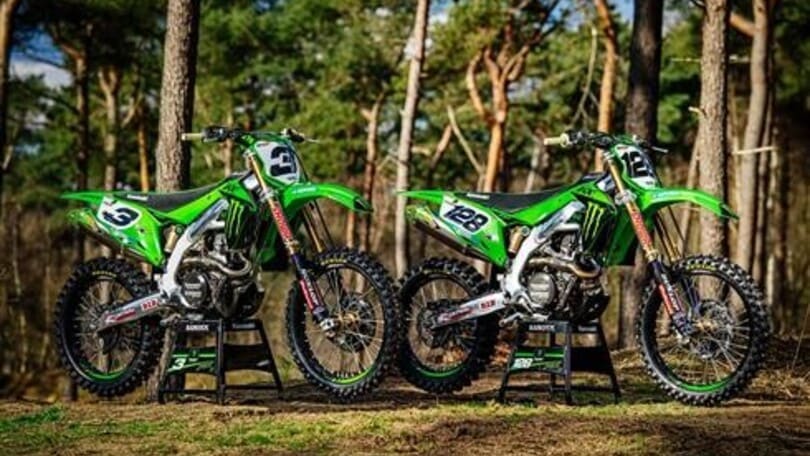 After thirteen years, the collaboration between the Japanese constructor and French team ESCA, which fields the factory bikes in MXGP, reaches the end of the line

2021 appears to be a truly revolutionary year in the MXGP paddock. After a surprise announcement from Triumph, the British brand keen to start producing MX bikes and field a factory team in MXGP, it’s now the turn of Kawasaki, its announcement set to create a clear domino effect. Kawasaki has confirmed the end of its collaboration with the French team, based in Holland, that currently fields Romain Febvre and Ivo Monticelli in the reigning class, the collaboration having lasted for thirteen years.

In the press release, Steve Guttridge, Race Planning Manager at Kawasaki Motors Europe (KME), thanks the team for its hard work during more than a decade of competition as the factory Kawasaki team in MXGP, also speaking on behalf of Kawasaki Heavy Industries (KHI).

The words of Steve Guttridge - KME

“I would like to put on record our thanks to Thierry Chizat-Suzzoni, the owner and driving force behind the MX ESCA team. His hard work and commitment over such an extended period have been considerable and both KME and KHI appreciate his highly professional approach and obvious passion for MXGP. KME and KHI would additionally also like to offer our gratitude and thanks to all team staff both past and present plus all those riders that have offered so much commitment and contributed so much to this project. For 2021 there is still a job to do, and Kawasaki maintains its commitment to KRT according to our mutually agreed and legally binding contract. Our clear focus remains winning and working alongside the team to achieve the best results possible across the 2021 season”.

Various scenarios now open up, the most likely of which would see Kimi Raikkonen’s team Ice One return to its ‘green’ roots, having begun its MX adventure with Kawasaki ten years ago. It looks almost certain that the team’s Dutch base, which enjoyed a glorious past under the control of Jan De Groot, who died in 2007, is destined to disappear. Another question mark regards the Kawasaki riders for 2022, with Romain Febvre in pole position for a factory ride, while his future team-mate remains an unknown.