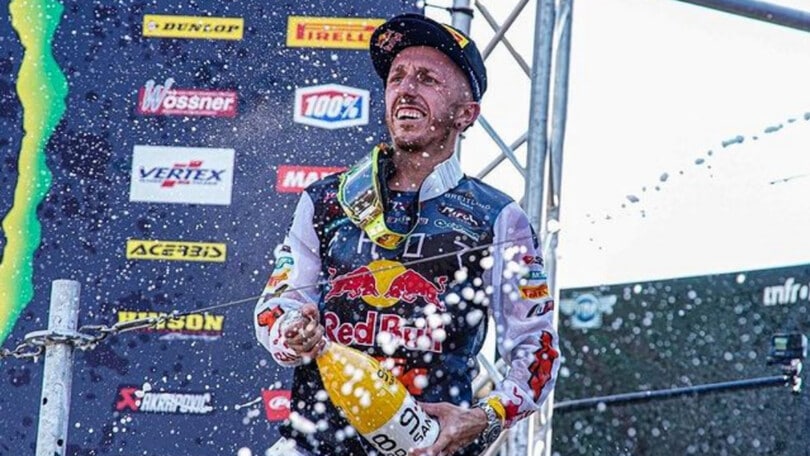 As the Italian retires, the MX world loses its most charismatic figure, so much more than his incredible achievements over the years

As Tony Cairoli retires from racing, an important piece of MX history goes with him, his successes having been so much more than just the victories, which are nevertheless worth listing.

Second only to Everts

He has won nine world titles, triumphed in 93 races and scored 177 podiums during eighteen years in the world championship. Incredible figures that put Tonino second in the classification of most successful MX riders, behind only the legendary Stefan Everts who won ten titles. Numbers that we have perhaps heard too little about. Unfairly so, considering the significance of Cairoli, who leaves a notoriety that his sport never knew before.

Because aside from the victories, there is so much more… Cairoli has contributed to the history of national and international MX, bringing countless fans to the discipline. It’s easy to draw a parallel with Valentino Rossi, he too on nine titles and an authentic MotoGP icon, because Tony is to MX what Valentino is to the world championship, a true crowd drawer who has always known how to attract the attention of the fans (he has more than a million Instagram followers) and sponsors.

An icon of his discipline

We will miss seeing him and his unmistakeable #222 plate on track. Sure, MX will go on, but without its most charismatic figure. Quietly charismatic, we might say, a man who made few complaints and put in a lot of hard work. Tony remained humble, turning his discretion into his strength and counting on the strength of his family, especially during the tough times, when injuries would put obstacles in his path.

Obstacles that never stopped him from pursuing his passion, even when age became a factor, making it harder to compete against young and hungry rivals.

It won’t be the same without that young Sicilian who was able to project himself and his beloved discipline onto the front pages. An unlikely achievement, in a world dominated by MotoGP and Superbike. But Tony did this too, putting MX centre stage. And for this we should always be grateful to him.