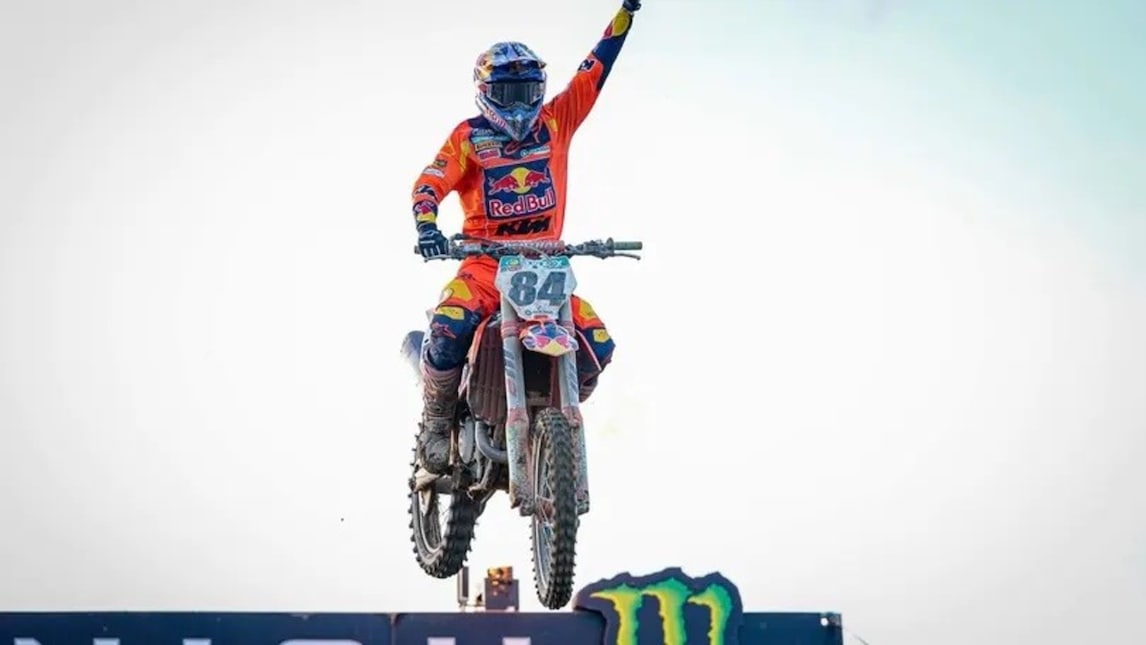 18 rounds, from Russia to Mantova, by way of the UK, Turkey and a good part of Europe, 36 races and a championship that was more unpredictable than ever and only decided on the very last lap. The new world champion is Jeffrey Herlings

The battle to become 2021 FIM MX World Champion continued for 18 rounds but, in the end, the Dutch KTM rider has done it! In a season characterised by a three-way battle for the title, Tim Gajser (Honda) lead for the first nine races before passing the baton to Herlings in Sardinia, but the Dutch rider then lost the red plate at the very next German round. He was back on the attack as of the next French round, but Romain Febvre had in the meantime caught up with his Kawasaki, able to topple the Dutchman from first place with two races to go and arrive at Mantova with the red plate.

Three riders, three points, the fable of the 2021 championship

The three riders were separated by just three points at the Garda and Lombardy rounds, before heading into the final event, Febvre three points ahead of Herlings, and Gajser fifteen points back due to a penalty in race one. The final act of the season saw the Dutchman win the penultimate race to tie with the Frenchman in the standings but virtually take back the red plate, seeing that he would have been crowned champion in the case of a tie. In the second race, the Dutchman again got the job done, dominating the Mantova round to score 50 points and secure the title with a five-point advantage over Febvre and 20 points ahead of Gajser. This is Herlings’ fifth world title, following MX2 titles in 2012, 2013 and a reigning class win in 2018. As of now, the Dutchman has amassed 99 career race wins, which sees him move ever closer to Stefan Everts’ record of 101.

MotoGP, the riders' messages for Marquez: “Come back soon, Marc”