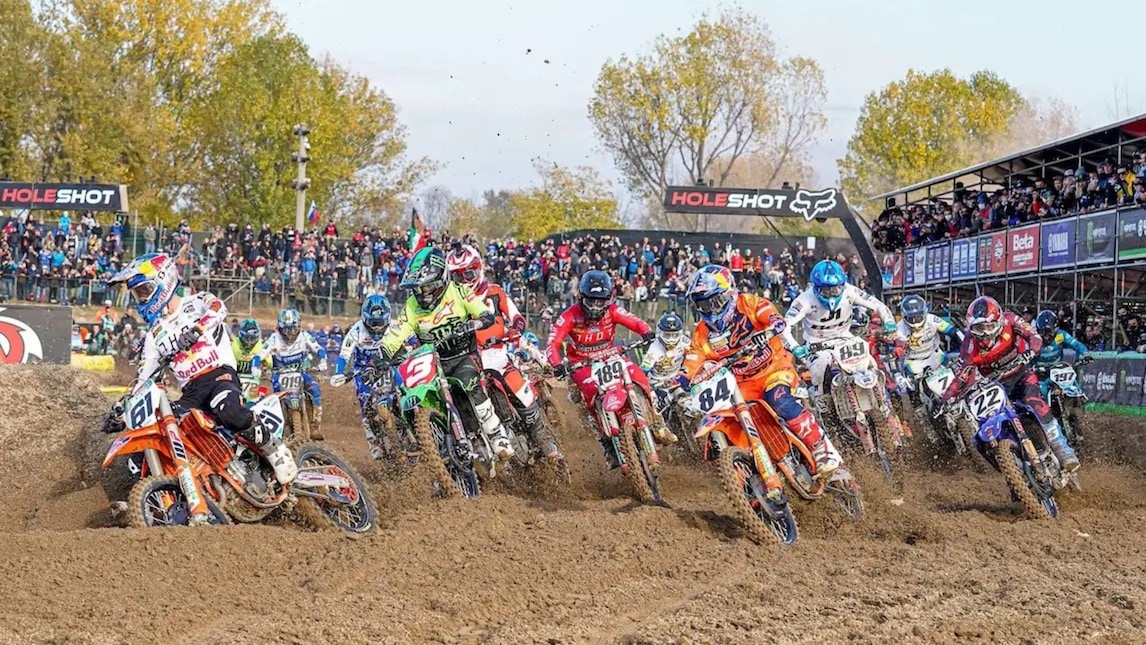 The first season without Tony Cairoli will kick off in the UK on 20 February, returning to its traditional format with racing over two days. Three overseas rounds feature on the calendar, two of which in Indonesia.

We were excited to see it and it’s finally here - the 2022 MXGP calendar has been published today and there are a lot of surprises, starting with the first races on the calendar, with England in February and Argentina in March. Sure, the schedule may see some Covid19-related changes before the start of the season but this is essentially an outline of what we can expect to see next year.

We spoke about the new calendar with David Luongo, the CEO of Infront Moto Racing, who explains some of the changes for 2022. A normal-looking calendar at last, but it wasn’t easy to put together.

“These last two years have been very difficult for us as promoter, because we’ve run races with no spectators and for us, the tickets sales are key. The fact we couldn’t have spectators made for a complicated period but we’re coming out of it now. As of the German round, we started to get the fans back in, and the French and Spanish round were emotional for everyone. Getting back to a calendar that features both European races with spectators and also long haul races is crucial, because in order to be a world championship, we need to visit non-EU countries too”.

It looks like a return to pre-Covid times. “We want to get back to where we were in early 2019, although we can’t have a calendar that begins overseas due to the pandemic, so we start in Europe and then go to Argentina, and perhaps another South American country, before returning for the classic European rounds. Then we head to Asia mid-season and will also close with a long-haul round and then the MX of Nations in the States at the end of the season. The idea was to get back to 20 rounds, with three overseas events and 17 in Europe, also returning to the Scandinavian countries where we haven’t been since 2019, with Finland and the Kymi Ring as a new entry.”

Should we expect significant changes in the coming months? “Obviously it’s not a definitive calendar, because it’s always subject to changes owing to the pandemic or rules implemented by host country governments. Luckily, the vaccination means that case numbers are dropping but we’re still nowhere near back to normal, just look at what’s happening in Latvia. We resumed racing there last year, but they’re back in lockdown now.”

The season finished with good crowds, but the winter brings fresh fears. “We’re definitely moving towards a more normal situation but there are still many questions and doubts for the future. Our paddock moves 1300 people per weekend, counting the teams, riders and their families, a considerable number of people who have been continuously subjected to testing and rigid protocols that allowed us to resume racing in August 2020”.

And what’s new in terms of Italy? “We’ll run two, maybe three rounds in Italy, with Trentino in early April and Sardinia in May, because we’re very pleased with how that event went this year. It’s different from the traditional Italian rounds and attracts people to the island even if it takes place outside of the real tourist season, transforming the MXGP into a very useful promotional vehicle for the local government.”

Nations in America and then in Europe for three years

As already announced during this year’s Nations in Mantova, next year’s event will run at Red Bud. “It’s very important for us to return to the States every so often to keep what are currently very strong relations alive. The last time we went to Red Bud, it was a big success, and it will be very interesting to see how it goes next year. Going to the States every three or four years is a priority for us. After America, it will be the turn of France, with Erneé in 2023, then we have many candidates for 2024 and 2025, before we return to France in 2026, so it could be Spain, the UK, Germany or The Netherlands.”