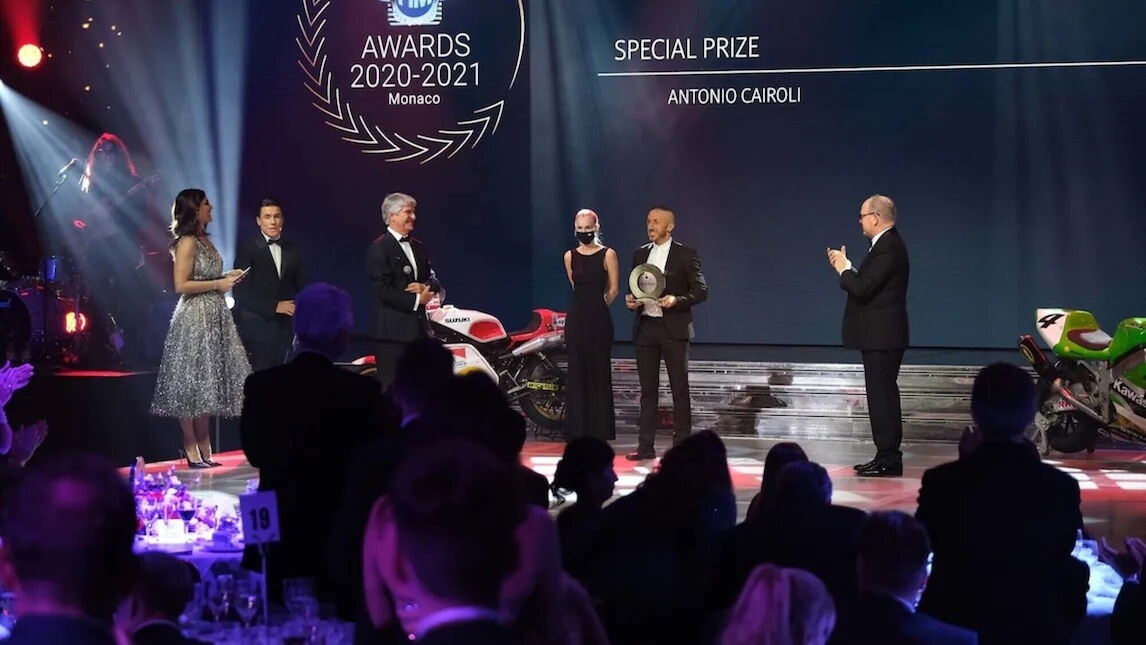 During the 2020-2021 FIM Awards held in Monaco, Antonio Cairoli received a special prize in recognition of his 18-year career

As a legendary MXGP star, the nine-time world champion received a special prize during the 2020/21 FIM Awards to celebrate his incredible success over an 18-year career that saw him win at least one GP every season.

Cairoli, who attended the gala prize-giving at the Sporting Monte-Carlo along with his wife Jill, enjoyed a standing ovation as he received his prize, which was presented by FIM President Jorge Viegas and His Royal Highness Alberto II, Prince of Monaco. TC222 was invited onto the stage to watch a specially prepared tribute video that took in the most important moments of his career, including the celebrations for his nine world titles, won in 2005, 2007, 2009, 2010, 2011, 2012, 2013, 2014 and 2017.

Viegas: "As well as being world champion, he’s an extraordinary person”

“We have a special champion – he’s a nine-time world champion but as well as being a world champion, he’s an extraordinary person”, commented FIM President Viegas, while Cairoli added: “Thank-you for the invite. Unfortunately I’m not world champion this year, I normally come here for a different reason, but I’m really happy to be here with all these champions and would also like to congratulate Giuseppe Luongo for his fantastic journey, I’m pleased to be part of the MXGP and FIM family.”

FIM Awards 2021, Jeffrey Herlings: “What Cairoli has done for MXGP it's really amazing”