MotoAmerica, Loris Baz with Warhorse HSBK Ducati: “Our only goal is to win” 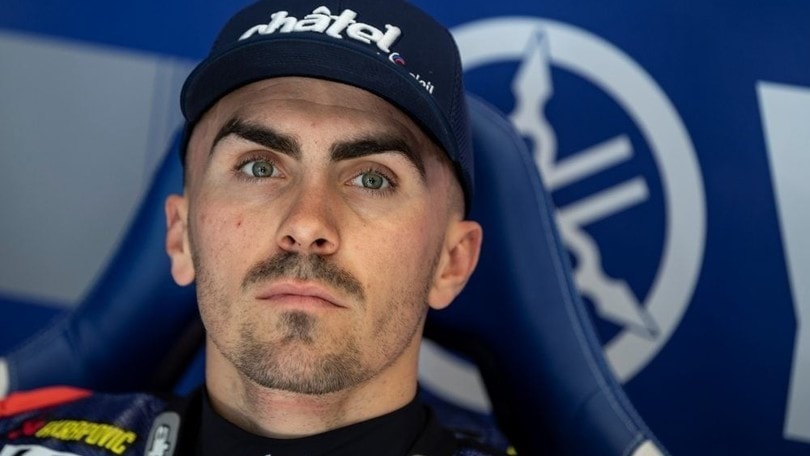 The 28-year old Frenchman will compete in the American Superbike series with the team that, until last year, fielded Jacobsen and then Zanetti, scoring strong results in the final rounds

As we anticipated in late January, Loris Baz is on his way to MotoAmerica. The Frenchman has signed a deal with Warhorse HSBK Ducati and will compete in the 2021 championship aboard the Panigale V4R ridden by Lorenzo Zanetti late last season.

And his team manager will be none other than the great Eraldo Ferracci, Ducati and AMA Superbike legend. His team, Fast by Ferracci, won the WorldSBK title twice, in 91 and 92 with Polen, and the AMA Superbike twice.

“I just want to win, I’m not giving myself a second chance”

An interview with Loris Baz has been published on the official MotoAmerica YouTube channel, in which he talks about his goals and how the opportunity to race in America came about. “Honestly, our only goal is to win - says Baz - I’m not giving myself a second chance. I just want to win and have no other goals. I know the level is high, I know what I have to do and I know how fast I’ll have to ride if I want to win there. It’s a big change for me personally and a big risk to move to America as I think my place is still in WorldSBK. I want to make the most of this opportunity, win, and use that in the future. I’m grateful for the opportunity the team, Ducati and the championship is giving me and I’ll do all I can to win the title this year”.

He continues: “It’s really great, very exciting. I like the challenge and have never chosen the easy path in life. When I was in WorldSBK, I did all I could to get to MotoGP. I like to challenge myself and experience new things. If I see it’s not possible to do what I want, then I have an open mind and can always go somewhere else. That’s what I’m doing right now. I know the championship a little and know the guys, I’ve followed it for years and always watch the races. It will be like when I went to BSB with those crazy tracks… I have everything to learn, but I can’t wait”.

“In 24 hours, I changed my mind and accepted the offer”

Baz talks about the last few days and being torn between Superbike with team Ten Kate and the move to MotoAmerica with Ducati. “I feel good - says Baz – It all happened quite quickly, after our first call. We worked hard to do WorldSBK, but it was more difficult. I had my mind fully focused on WorldSBK, so at first I was thinking, ‘oh I don’t know’. In 24 hours, I changed my mind and said: “Ok, let’s do it, I like a challenge. I’ve always been this way and don’t like to race to finish 10th or 15th. I like being somewhere where I have the opportunity to win. When I realised there was this opportunity to go to America and win with Ducati I was focused on that, right from day one, and I’m fully motivated”.

Loris also talks about the time he’ll need to adapt to the bike and the series in general: “I think it’ll take a little time to learn everything. I’m not scared and never say, ‘oh that will be hard’. I’ve raced with almost every kind of tyre and every bike. I’ve only done one race on Dunlops, in the IDM, so I don’t know them well. Learning tracks is something we’re used to and there’s a process, and I’ve always been quite quick in that regard. The first test will be at the end of February and I’ll get to know the bike and tyres. And from then on I’ll be fully focused on learning to ride the bike and adapt to the tyres. The aim is to be ready for Saturday’s qualifying and for Sunday’s races”.

The team made a great start to the 2020 season by winning two Stock 1000 races at Road America with PJ Jacobsen. But the New Yorker then got injured during the second round and never returned. Lorenzo Zanetti then competed in the final three rounds. The Italian debuted at the Ridge with a seventh-place finish and a DNF. Back for the final rounds at Indianapolis and Laguna Seca, Zanetti was able to count on official Ducati Corse support and scored six podiums and a win at Indianapolis, putting Ducati back on the top step of the rostrum for the first time since 2010.

“We’re excited to announce our return with Ducati and our official entry into the Superbike class - says team principal Bobby Shek - We worked hard at the end of last year and feel that with Ducati Corse support and a rider like Baz we have a good chance of fighting for the MotoAmerica Superbike title”.