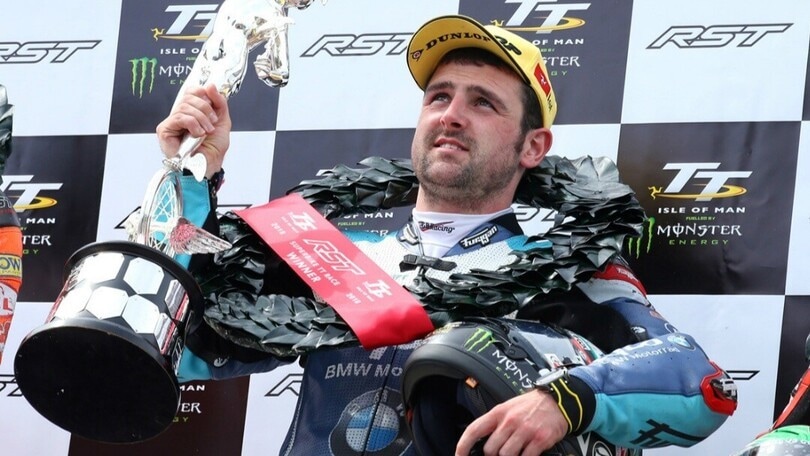 It’s no secret that the road racing scene is one of the most dangerous on the motorcycling landscape. And one of the discipline’s greats, Michael Dunlop, is well aware of this, coming from a family of road racers as successful as they’ve been unlucky.

The 31-year old Northern Irishman’s career has been heavily marked by the deaths of his uncle Joey, father Robert and brother William, who passed recently at the Skerries 100. Tragedies that, somehow, have given Michael the strength to carry on, as he races in honour of the Dunlop dynasty, the most successful of all time on the road. Consider the death of father Robert at the 2008 North West 200, where Michael raced, won and burst into tears on the top step of the podium.

"I’ve had some great moments on the road and especially at the Isle of Man – explains Michael in an interview with UK Channel 5 – but, thinking about it, I don’t think anyone else, in any sport, has been through what I’ve been through and got back up and gone on to have further success. I’ve learned to live with this reality, accepting what has happened to my family. I no longer worry about what could happen in the future”.

"On the one hand, bikes have given me so much. On the other hand, they have taken away in equal measure but this is the life I’ve chosen and, as I’ve said, you have to accept what’s happened”, continued the Northern Irishman.

Dunlop goes on to reveal an interesting fact related to his TT wins: "In the contracts, I always include the condition that, if I win, I can keep the fairing of the bike I’ve won the Tourist Trophy with. I have them all, they’re important to me".

This year Michael will take on a new challenge, competing in the legendary Daytona 200 at the famous track in Florida. He’ll race a Yamaha R6 with the Carl Cox Motorsport team, while hoping to also compete in some minor road races later this season.