Fiammetta La Guidara has left us. Today, Motosprint has lost one of the family, while I have lost a true friend and colleague. Let me try and explain what I mean when I say 'true'. I met her in the early 90s, in the press room at our very own Vallelunga circuit. I was helping out with the Gentlemen’s Motor Club, hand delivering licences to riders. I hadn’t yet been bitten by the journalist bug. She was already there, with her thick curls, pen and pad always in hand. Ready to take down comments from the riders on the podium, before putting together her piece for… Motosprint. Whether it was the Italian championship or Trofeo d’Apertura it didn’t matter. She’d always be there.

Over the following years, as I started working as a journalist, we’d often cross paths, first when we worked together in the Gentlemen’s Motor Club press office, where we cut our teeth, and then in a similar role for the Rome Motodays Show and the UEM (now FIM Europe). On many occasions, I wanted her at my side and vice versa. Because we worked well together, we complemented eachother and the long days of work would pass quickly, almost easily. 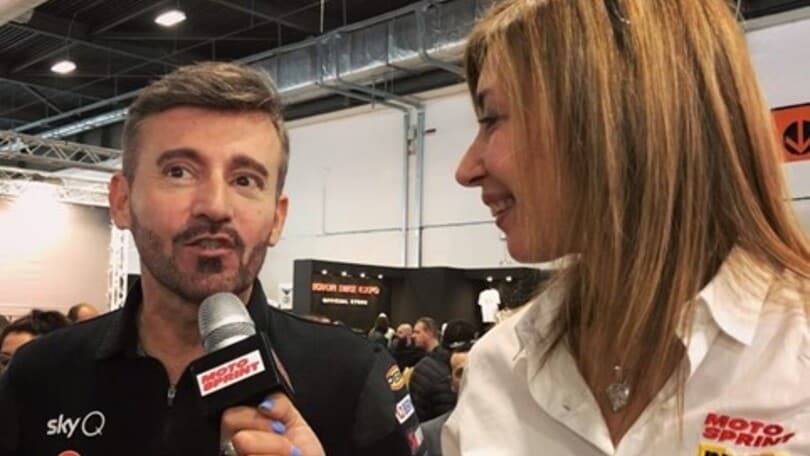 I started to get to know her well. I envied (in a positive sense) her approach to work. She always had a smile on her face and was friendly with everyone, kind to even the most arrogant and uneducated of folk. She had the contacts of ever rider, team manager and personality in our world. And problems were never problems for her, because she’d instantly resolve them, a press release written in the passenger seat of the car, an important translation from English. Or a last-minute video interview where we didn’t know the subject matter. She'd take her make-up bag, 'sort herself out' as she used to say, and she'd be ready. And two minutes later she’d be blowing you away with her timing and her confidence in front of the camera. And her ability to ensure a chat with an unknown rider would be as interesting as an interview with one of her favourite champions, Max Biaggi.

In our work as 4.0 journalists, she was one of few who could do it all. She’d write articles, read the news, produce and edit videos, take photos. And she was good at all of it. In recent years we found ourselves working together again. At Motosprint. Because she’d been at Motosprint since 1990. Forever, as she liked to say. She had a deep love for our publication, through which she was able to demonstrate her passion for both bikes and journalism. 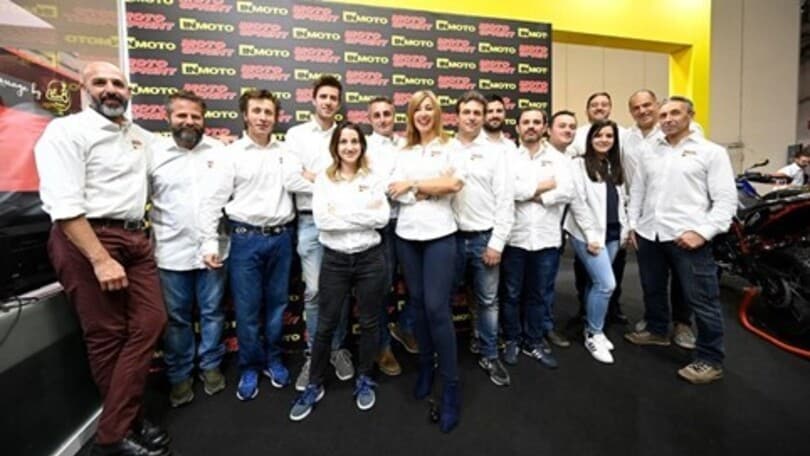 In the 18 months in which I was ‘her’ director, I had the pleasure of getting to know even more about Fiammetta. Her ability to showcase the human side of our world in her articles. The part we know least well. Whether it was one of her “Italian stories”, a profile of a past champion, or one of her “Fuoripista Sprint” videos. She knew it all. And she knew everyone. And if she didn’t know, she would research so that she’d never be under prepared. And she was in love with her work and with bikes. So much so that, to our surprise, she arrived at the 2012 WorldSBK round in Moscow riding a BMW F650GS, with her mum as passenger. Having ridden 6700 km from Italy to Russia. 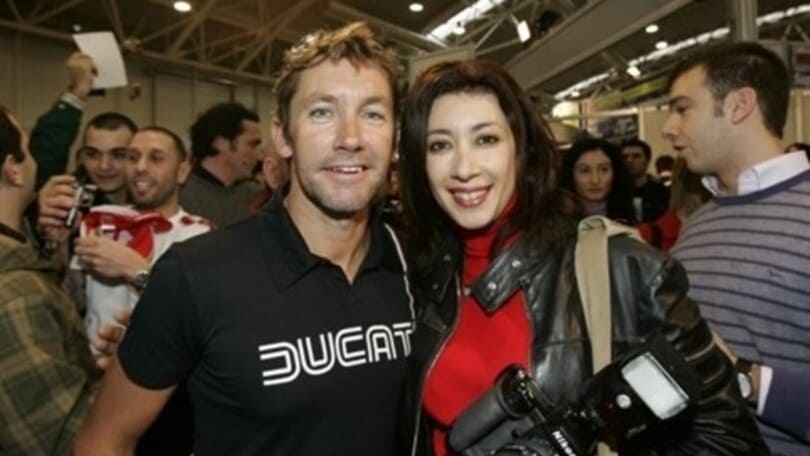 We would write and speak often. Between one article and another, she’d tell me about the good times that, in recent years, had become more of a constant in her life. And I was very happy for her. Because I always considered her a sort of older ‘cousin’. We wrote to eachother just yesterday afternoon in fact and, after I told her that she should rest up a little, she said: “Fede, you know me, I don’t know how to sit around and do nothing. And if I don’t write about bikes I get bored”. When I woke up this morning and heard about Fausto Gresini’s death, I already knew who I wanted to write the piece. Her tact, even in these circumstances, knew no equal.

And I hope you’re writing it anyway, that piece. Wherever you are now.

Ciao Fiamma, you have no idea how much we’ll miss you.

To husband Tarcisio and mum Maria Grazia, the entire Motosprint team sends its affection and support.

Daytona 200: Kyle Wyman to defend the title with the N2TrackDays Yamaha

Sharni Pinfold: the internet condemns her, colleagues call for “empathy”