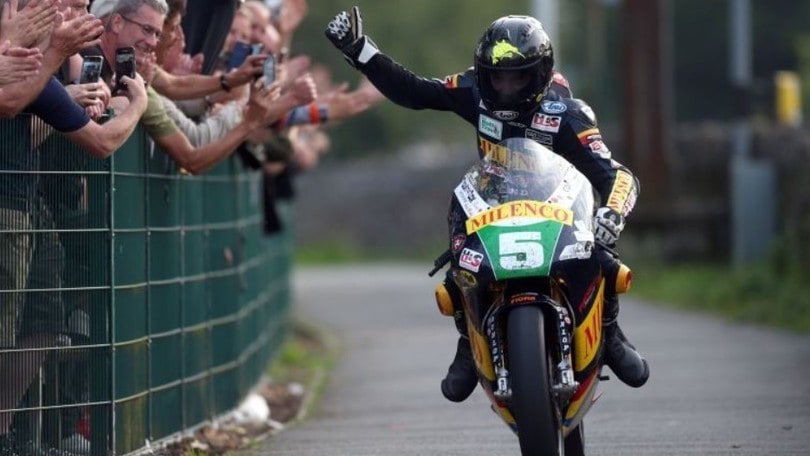 Having won his second great battle, the 50-year old Northern Irishman went on to get his own back on track. A tale of one man’s incredible feat

Road racing fans are well aware that the Isle of Man is always ready to serve up excitement. Those not lucky enough to be there fixate on the timing screen while tuned in to the commentators and the background engine noise.

Its tales are tinged with technical failures, red flags, sometimes tragedy, but in the midst of all this are fairy-tale type achievements. Like that of Bruce Anstey at the 2019 Classic TT.

The "Flying Kiwi" returned to the Mountain after having missed almost two seasons while he battled to win a more important fight, against the cancer that had returned in early 2018. The New Zealander had already suffered once, diagnosed with testicular cancer in 1990, at the age of 25.

A disease that didn’t stop Anstey returning to the track, not even after defeating his enemy for the second time, at the ‘tender age’ of 50. A dream that Bruce made reality with his sheer grit and determination, but also the affection of those close to him. Starting with his partner Anny, and Clive Padgett, who always had a bike ready for him. And the many fans that helped Adam Child to raise funds in order to get Anstey back on the grid.

While most fans were happy just to see Bruce back on the bike, the New Zealander and his Honda RS250 went on to exceed all expectations that week.

Having made a strong start, right from practice Bruce demonstrated that he could more than hold his own in the Lightweight class. But his physical condition was something of an unknown, the 50-year old having only recently recovered following cancer treatment and a two-year absence from racing. No small consideration when facing the 60.761 km Mountain circuit. So much so that the Padgett's Motorcycles team boss, stunned by Anstey’s best time, actually admitted that he’d "told Bruce, before the lap, that if you can’t do it, we’ll come and get you at Ballacraine".

There was no need for this of course and, come the race, Bruce wasn’t content with simply repeating what he’d done in practice, setting out to put the hell he’d experienced firmly behind him and writing a page of road racing history in the process. Anstey dominated the race, crossing the line a good 1’10”245 ahead of his team-mate Davey Todd, who in turn was pursued by James Hind.

But not even the young Brit’s brilliant recovery (ninth after receiving a pit stop penalty) could steal the attention away from Anstey that day, and the tears and applause were all for Bruce and his incredible return.

Road Races: all 2021 races on the Isle of Man now cancelled