Introducing the 2022 Dakar: significant sand and an eye to the future 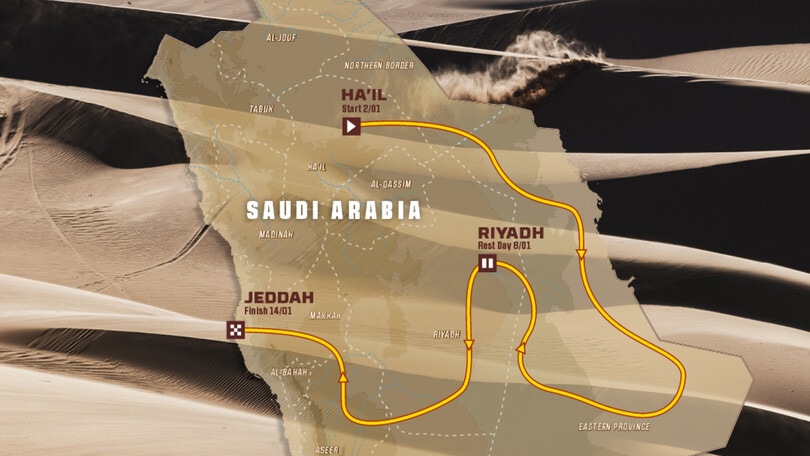 The route for the 44th edition of the world’s most famous rally raid, taking place on 2-14 January, has been revealed

The 2022 Dakar will take place entirely in Saudi Arabia for the third consecutive year. This has now been confirmed by the organisers, just four months after the end of the 2021 edition.

The dress might be the same but not the skin, as the race, set to get underway on 1 January 2022, will take in a route of which 85% is different to past editions. It will start from the city of Ha'il, with the prologue that will establish the starting order for the stage on 2 January, before finishing on 14 January in Jeddah.

The route for this 44th edition will wind close to the Persian Gulf before entering the Empty Quarter, a sandy desert. In fact three stages will be comprised of nothing but sand and dunes.

And it will be a Dakar that once again looks to the future. The 2022 edition will serve as a launch pad for the plan to host vehicles that are powered solely by alternative energy sources by 2030. The phasing out of the combustion engines will be gradual and will depend on technological developments. The T1-E category will also be introduced for low-emission prototypes.

The electronic road book is now extended to all categories, so cars, SSVs, and trucks, and will also be available to bikes in the Elite category.

The Classic category is confirmed, with organisers expecting triple the number of entries (20 last year). Registration opens as of 17 May.