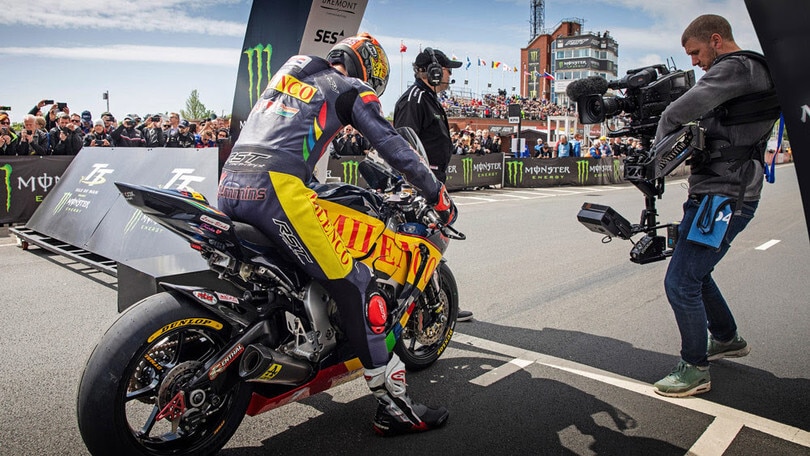 After a two-year absence due to Covid, the world’s most exciting race is ready to return with new regulations, TV coverage and more races on the schedule

The Tourist Trophy is ready to return. After a two-year absence due to the Covid-19 pandemic, the organisers of the famous Isle of Man race are already hard at work planning the next editions, which will see some significant changes in 2022-2023.

The biggest change regards TV coverage. Up until the 2019 edition, it was only possible to follow the live timing with the related radio coverage and then watch highlights after the event, but as of next year the world’s most famous races against the clock will be broadcast live, free of charge, on the channels of the Tourist Trophy itself, as was the case with the first edition of the Virtual TT.

An addition that removes some of the appeal of the TT, followed closely by stalwart fans with their "pen and paper”, but one that will open the event up to a wider audience.

Technical revolution for Lightweights and Sidecars

There will also be some regulatory changes in 2022, particularly for the Lightweight and Sidecar classes. The first will undergo a name change, becoming the Supertwins category, with manufacturers having more freedom to make modifications, and more bikes permitted to enter, including the brand-new Yamaha R7 and the Aprilia RS660.

As for the Sidecars, engine power will increase significantly. Until last year, the category used 600cc Supersport engines but from 2022, the engine size will be boosted to 900cc and so we can expect the lap record to be convincingly smashed.

Lastly, as of the 2023 edition, the number of races will increase from eight to ten, with the introduction of a second Superstock and Supertwins race, in line with the Supersport and Sidecar classes, as well as the Superbike and the Senior TT race. This will also mean more race days overall, six rather than four.

MotoGP Germany, Rossi keen to re-emerge at the Sachsenring