BSB, injury for Xavi Forés: “I’ll be back in top shape for Knockhill” 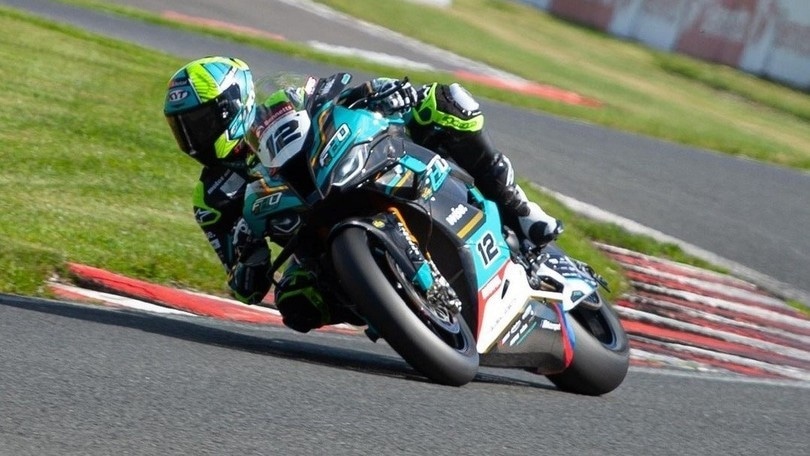 Xavi Forés' BSB weekend aboard the FHO Racing BMW came to an end with free practice, after a serious crash prevented him from competing in the races

The 2021 British Superbike championship has not got off to the best start for Xavi Forés. The Spaniard’s Oulton Park race weekend came to a premature end when a crash during first free practice left him with a hand injury that preventing him from competing in the weekend's three races, all of which were won by Jason O'Halloran.

The former WorldSBK rider is expected to be one of the frontrunners in this year’s British series, where he is riding the BMW M1000RR for Faye Ho’s FHO Racing team but his race debut is now postponed until the second round, taking place at Knockhill circuit in Scotland.

Forés: "I’ll be back stronger at Knockhill"

The Spaniard doesn’t hide his disappointment re the incident: "It was a very hard weekend for me, which ended before I really even began to push. An unexpected crash in FP1, after just three laps, left me with a microfracture to the scaphoid, and the pain made it impossible for me to ride".

"I’m focused on my recovery now, so that I can be back in top shape at Knockhill in two weeks’ time. I don’t need surgery, and, at a track we know well and where we’ve completed some solid testing, I’m sure we can come back strong. I also want to congratulate my team-mate Peter Hickman on his podium", concludes Xavi.

MotoAmerica, The Ridge: what a fright for Maxwell Toth!