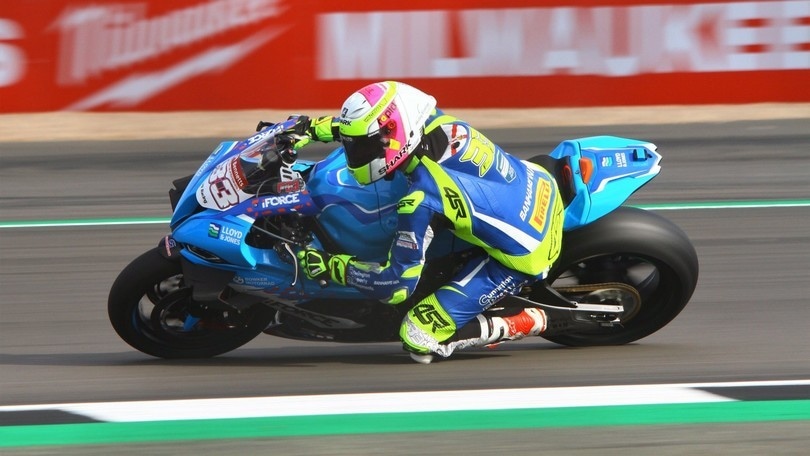 The multi-titled Brit has decided to hang up his helmet after the recent Silverstone weekend, calling time on a triumphant career in the national series

A few hours after the conclusion of the Silverstone BSB round, Keith Farmer unexpectedly announced his retirement via social media. The decision was taken hastily following two bad accidents that he suffered over the weekend while standing in for Joe Francis with the BMW M1000RR of team PR Racing.

Farmer has therefore decided to end his career with immediate effect, after an extremely complicated 2021 short on results and, particularly, after having won four British titles across the Superstock 600, Superstock 1000 and British Supersport classes.

Farmer: "I’d been thinking about this for a while"

“It’s never easy to just pack up and walk away, but at the end of this year I was always planning on retirement from racing”, commented the Brit. "I’ve had 10 good years of racing in the BSB paddock and I count myself extremely lucky to have been given these opportunities and with these I have won four British titles".

Keith will now look to the future: “I want to thank every single person that has ever supported myself in anyway shape or form and all the riders who I have battled with, fell out with, made friends with. I will still be watching and keeping an eye on everything, and maybe next year I could start something new”.

MotoAmerica: Aprilia queen of the Twins Cup with Marcon and De Keyrel