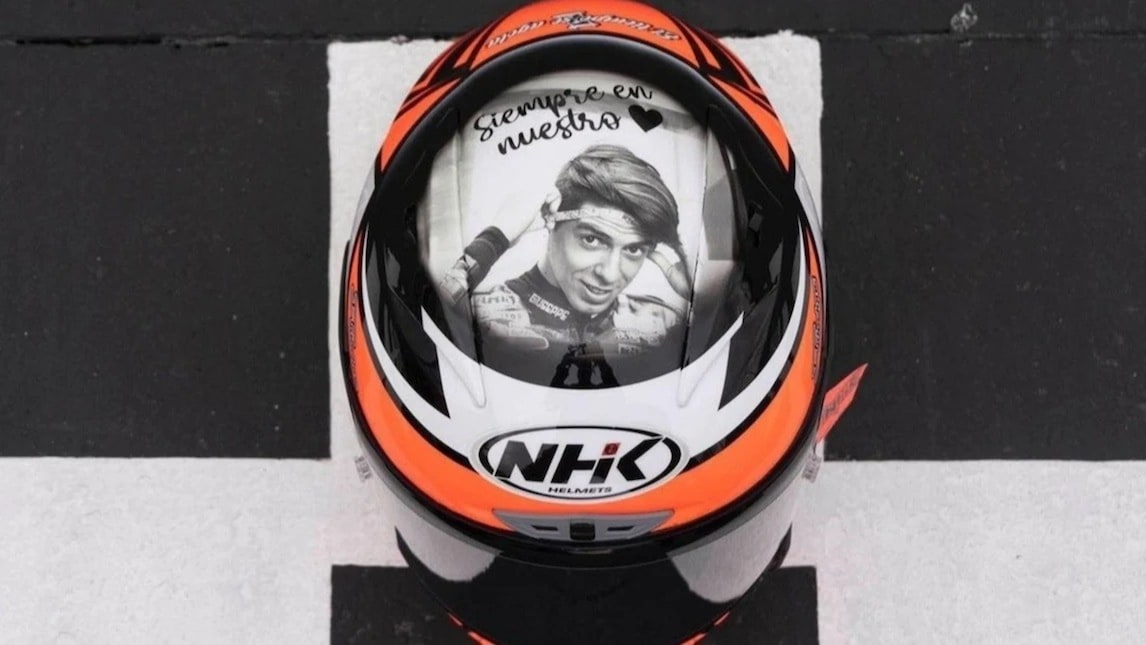 The MTA rider raced at Valencia with special graphics on his helmet in memory of his friend, who passed away at Jerez a few months ago

The final CEV round of the season at Valencia has delivered its verdict, Dani Holgado the new Junior world champion. In the same Moto3 class, one of the stars of the weekend, and the entire season in fact, has been Ivan Ortola who, aboard the KTM of Alessandro Tonucci’s MTA team rounds out 2021 as championship runner-up before making the move to the world champion with the same structure next season.

His touching tribute to Viñales

The Spanish rider contested Sunday’s races wearing a special helmet, dedicated to the memory of the late Dean Berta Viñales. The talented youngster who died following an incident in the Supersport 300 class at Jerez a few months ago was a friend (almost a relative) of the Ortola family, as he was boyfriend to Rebecca, the Valencian rider’s sister. A fitting tribute then over a weekend in which Dean was, in a way, back on track with those who will never forget him.