Valentino Rossi, 105 laps during the Audi test: “Very consistent and no mistakes” 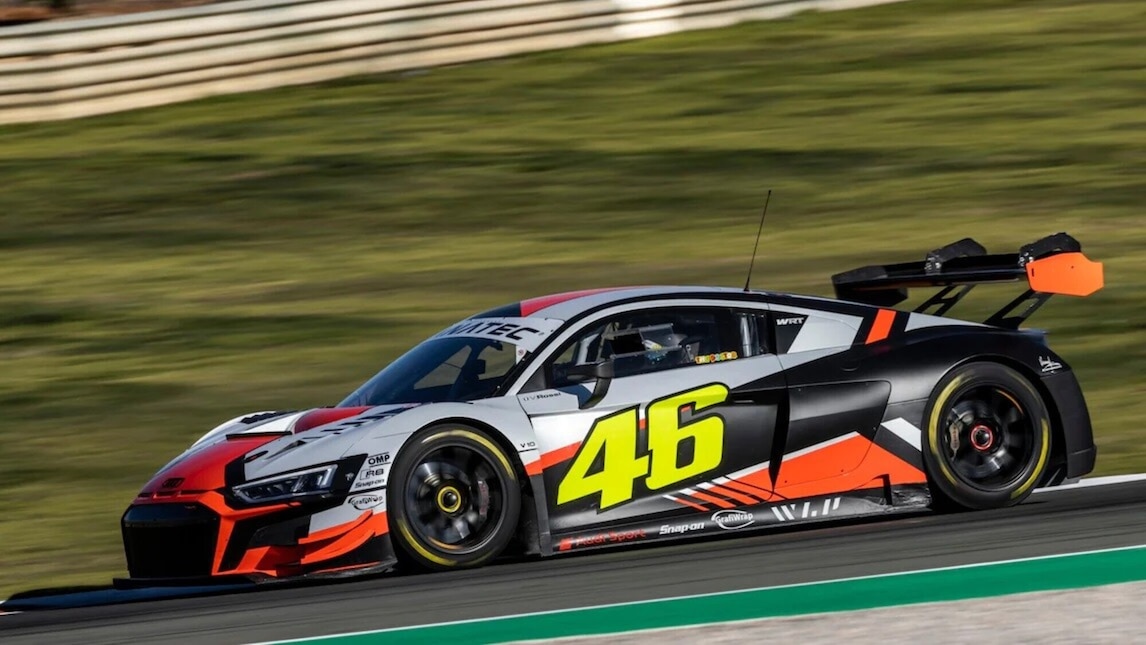 Valentino’s test with the R8 at Valencia brings positive sensations. But there’s no contract as yet

Valencia was the stage for Valentino Rossi’s final outing as a MotoGP rider and on Thursday, the Italian was back at the same track as he prepares for a future in the four-wheeled world.

After having met with the President of the Republic Sergio Mattarella, the Doctor headed to Spain to test the WRT team’s Audi R8 LMS GT3. WRT are a first-rate squad that won the 2021 GT World Challenge Europe.

“Team WRT completed tests with Audi Sport during the course of the week”, the Belgian team explained on Twitter. “On Thursday, Valentino Rossi took to the track, as we evaluate a possible future collaboration”.

And it appears that the former Yamaha rider’s inital impressions were positive. “But nothing has been signed yet”, WRT team principal Vincent Vosse tells Le Soir. “This was an initial meeting between Valentino and our team. He wanted to try the Audi and had the opportunity to verify the level of our team”.

Rossi completed 105 laps aboard the R8, making no mistakes: “Valentino seemed very pleased. He was able to consistently improve his lap times, but without focusing on performance at any cost”.

Team WRT would be an excellent choice for Rossi and a deal would come as a dream for the Belgian media, whoare keen to see the Italian compete in the Spa 24 Hours.

But Valentino is still evaluating his options, the only certainty being his participation in the Gulf 12 Hours in Abu Dhabi (8 January) behind the wheel of Team Kessel’s Ferrari 488 GT3. A first taste of his new career, ahead of a 2022 season that is still to be defined.

MotoGP, Biaggi: “Me and Valentino Rossi real rivals, both italian”