Petrucci with Ducati in MotoAmerica: a prelude to the world championship? 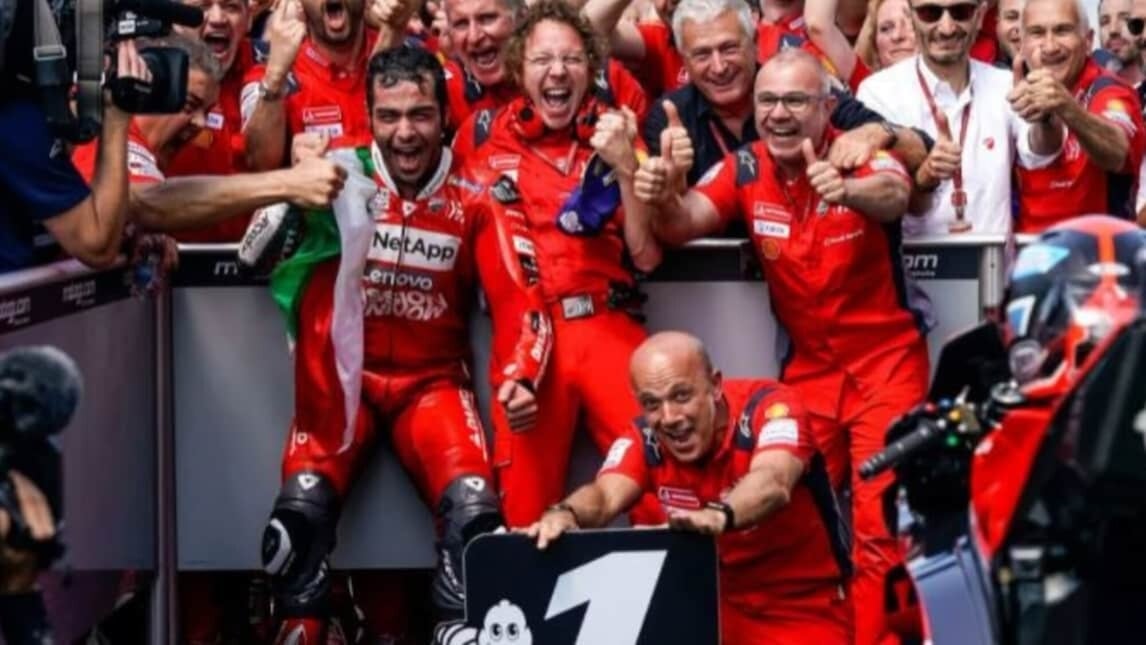 Danilo will be back in Borgo Panigale red, competing in the US series. Could Wayne Rainey’s American championship be a stepping stone to WorldSBK?

As we write this, the man in question is focused on another matter entirely. Danilo Petrucci is still competing in the Dakar, although his participation is now hanging by a thread following a technical issue with his KTM that forced him to use up a lifeline and ask to be recovered during the second stage.

With his orange steed, the Italian is taking on the desert sands, but he’ll soon be racing on asphalt once again. MotoAmerica awaits, and with open arms, because the series is in need of strong riders like him.

It is only logical to presume that Petrux will head to Wayne Rainey’s paddock full of commitment, passion and speed and he’ll no doubt be aiming for strong results, but... we bet on a return to the world stage, the SBK series to be precise. Perhaps with the current Aruba team, the factory team linked to Bologna.

Renato Carosono was essentially right – anyone who has ever dreamed of living like an American must nevertheless remember their roots. If you’ve spent a lifetime wearing Nikes, drinking Coca Cola and listening to Bruce Springsteen, you’ll know what we’re talking about.

Danilo is Italian, so very Italian. A concept that is joyfully summed up by his fantastic MotoGP win, the first of two, scored at Mugello in 2019. It was 2 June, or rather the Italian Festa della Repubblica. Our day, his day. He was riding a Ducati, pure Italianicity in motorcycle form. The kerbs were (and are) painted in three colours, just like the national flag.

He couldn’t have done more. Will he do the same in MotoAmerica? Petrux will have an excellent career opportunity, in the shape of the V4 R, technicians drafted directly from Bologna and whatever else he needs to do well. Great. But we have just one question – if he were to be crowned champion at his first attempt, would he stay there, far from home, or return to Europe?

Fantasy racing: Petrucci and Bassani in SBK on factory Ducatis

Judging by your comments, it seems you’re very keen to see Danilo in SBK. Not in Superbike, but in SBK. The difference, aside from the initials themselves, lies in the fact that Superbike is a production-derived class of any given series, the Italian CIV Superbike category for example. Wonderful, but not a world championship.

The SBK, with its patented, registered and unmistakable logo, is a world championship. The bikes are still production-derived but they race according to a specific regulation. You’ve said that Petrucci would be perfect and that it would be great to see him (back) there.

And we agree. In the hope that Aruba Racing Ducati riders Alvaro Bautista and Michael Ruben Rinaldi can do well, let’s imagine a door opening for Danilo. The Spaniard is taking a final career bet, the young Italian needs to prove himself. If someone were to go, who would replace him? Or replace them? Why not Danilo Petrucci? Perhaps together with Axel Bassani, already in the orbit in that he competes for the Motocorsa team. Sorry if this sounds like fantasy racing. We’ll see further down the line.