Exclusive, Orioli on Petrucci: “He’ll be a frontrunner in 2023” 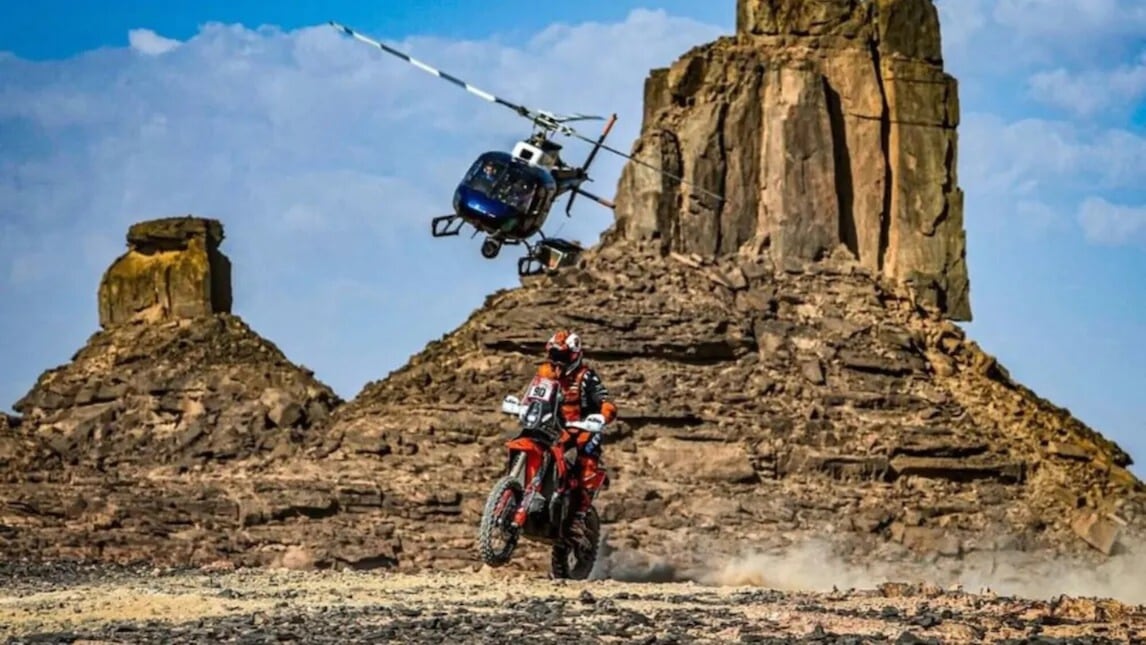 The 2022 Dakar is now in its final stages and, despite the difficulties week two has brought, Danilo Petrucci has attracted a lot of attention, especially from former Rally Raid names who raced back when it was still known as the Paris-Dakar.

We spoke with one of these greats, a motorcycle rider who has won four editions of the world’s most famous Rally Raid, Edi Orioli.

Edi, what do you think about Danilo Petrucci’s performance?

“I can only congratulate him because I could never have imagined he’d be able to run with the leaders right from the first stage. It’s all a new experience for him of course and, from what I know, he’s not done a lot of race prep in the desert and so he was in for a challenge. I have to say that, for his first race, he’s already stood out, up there with the best, and so I can only hope he returns to the Dakar so that we can support an Italian fighting at the front.”

That’s what’s so surprising, with Danilo catapulted into the Dakar and doing so well, despite being out of the general classification...

“He was penalised on day two or three and extracted before rejoining. But in the stages where he’s had no issues, he’s been up at the sharp end, demonstrating real riding ability. It’s very different from what I used to do, just look at the standings, with 2 seconds between first and second. This means that the person starting up front is at a disadvantage, while those starting behind have a better chance of making up time compared to the rider who leads the way. This doesn’t mean Petrucci hasn’t done well, we’ll have to see when there’s a navigation stage. He’s clearly fast; I didn’t know he’d previously done MX and enduro and that’s obviously helped.”

Strangely, he’s had more problems in week two than during the first.

“The Dakar is very long and there are many unknowns, things happen and they’re not all good. The leaders are up there fighting, you need a lot of experience. I think he should already be pleased with his result. If I have to draw a comparison, the race is very different to what we used to do. This year it’s been made even shorter because the specials are all short, while we ran 800 km stages and it was perhaps a little more real. There’s GPS, which has messed with the entire navigation system, though the riders still get lost with GPS. It’s not got the same appeal as the Dakar of days gone by.”

But Petrucci now holds the enviable record of being the first rider to win both a MotoGP race and a Dakar stage.

“No one can take that away from him and I hope he wins future Dakar stages, I’ll be very happy if he does.”

It’s "Petrucci mania": what price is his Suter going for?