MotoAmerica, Petrucci prepares with a test at Portimão 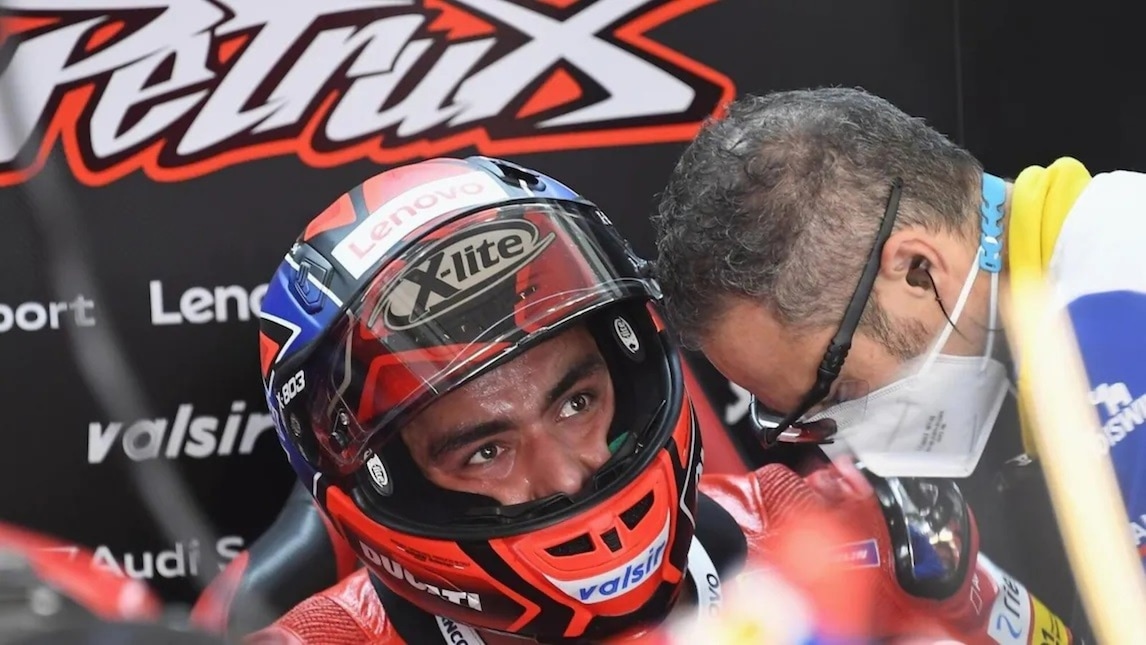 Having enjoyed a rest on the sofa with a beer, as he promised he would after the Dakar, Danilo Petrucci is now focused on the next challenge, which will see him travelling Stateside and competing for Ducati, the only brand with which he has previously won in MotoGP. But rather than travelling directly from Italy to the US, the rider is stopping off at Portimão, in Portugal, for a two-day test aboard the Ducati Panigale V4.

Back with Ducati once more

At 31, “Petrux” is enjoying a very fruitful period in his career. In the space of just a few months, he’s left MotoGP, taken on the enormous challenge of the Dakar where he made his mark – winning stage five – and now he prepares for another adventure, which will take him to the States. First, he will test at Portimão alongside the WorldSBK riders, his relationship with the Borgo Panigale manufacturer apparently restored. In MotoAmerica he’ll have the factory’s full support and this could also mean that he’d be considered as a candidate for any MotoGP rider substitutions.

Will he be reappear in MotoGP?

He knows the class very well after all, and has ridden the Desmosedici GP for several years, understanding the bike’s character. Michele Pirro is still in pole position as a substitute rider of course, considering he’s the manufacturer’s test rider, but in taking on the American challenge, the Italian perhaps leaves a door open to the reigning class. A championship in which he lived out his first dreams and one that has allowed him to become the rider he is today.

MotoGP, Marquez "looks to" the Sepang test: “I didn’t have any discomfort with my vision”