Beautiful or ugly, it’s a matter of personal taste, but the new Kawasaki is already on top. This was clear to see at Jerez, where Johnny Rea set the fastest overall time over the two-day SBK test, even finishing ahead of Stefan Bradl aboard the Honda MotoGP bike.

Tyres play a part too of course, but the result is what it is. The new ZX-10RR is reminiscent of the “old school” version and although it might not be aesthetically pleasing – according to various opinions in the paddock – it has already proved to be tremendously fast and efficient.

At least in the hands of the six-time champion, just as it always has been. The Northern Irishman is the Cannibal of the production-derived series and his Ninja, considering its shapes and design, appears even more voracious than usual. Although Ducati and BMW were not on track, the green machine has booked itself a place on the front row in 2021.

The Ninja is subject to criticism: “a shark, a camel… not a beauty"

With its brand-new fairings, the Provec team has revealed its future lines. Present lines in fact, because 2021 already began two days ago. But comments in the paddock have been less than complimentary: “Mmm, it looks like a shark. Or a camel. It’s hard to understand what it is, it looks a like the H2 turbo, who knows if it’s fast, because it’s not a beauty.” The critics preferred the model depicted below. 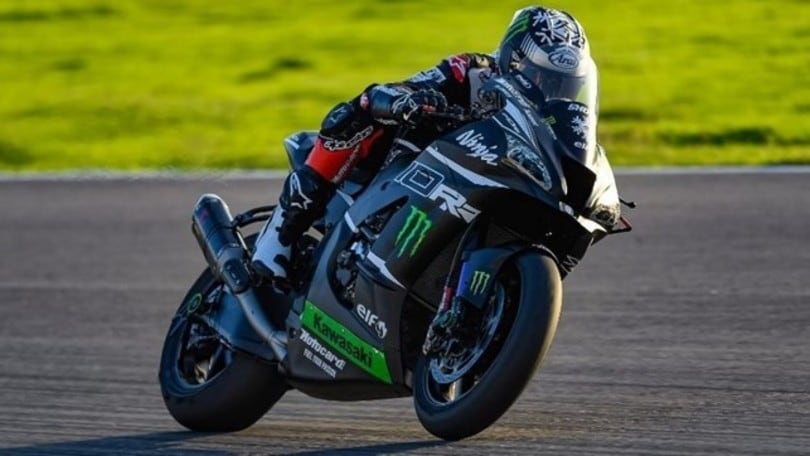 The lack of horsepower - particularly at high revs - was the riders’ main complaint, Rea and Lowes therefore forced to break at the limit, or beyond it, making for risky cornering. When accelerating at full lean, the Ninja has always performed well, thanks also to sophisticated electronics management. The problems arise along the straight.

So now comes an engine, another inline four, that is updated and more powerful, for a generous power curve right from low revs and all the way to the red zone, set at 15200, not a category record, though the real substance is well distributed across the curve.

The large front opening “oxygenates” the airbox, larger in size compared to the previous model. As a result, part of the fuel tank has been updated, positioned (they say) further under the seat and closer to the rear wheel. In doing so, the bike boasts excellent weight distribution.

The torque at medium/low revs is boosted while the power drop off is more aggressive. In this way, the riders will benefit in terms of speed and when overtaking. Two more front air vents are, in actual fact, holes, or rather airflow enters on one side and exits from the other. This is an aerodynamic study similar to that of the aforementioned H2.

To tame the obvious exuberance, work has clearly been done in terms of the electronics management. During its first laps, you could hear the ignition cuts, with the engine exploiting two or three cylinders at maximum lean angles, then up to four with the bike upright. Hour after hour, the cuts were less accentuated, to the benefit of the traction and subsequent acceleration.

Dynamically-speaking, will the new Ninja do better than its big sister? Rea is so focused on the details that need improvement, he barely considers the positives of the project. But it’s also true that the champion lapped quicker than anyone else during the test. So, like it or not, the new Kawasaki promises to repeat the feats of its older relatives, also because, like them, it can count on the six-time SBK world champion.

Moto2, who will win? The pros and cons of Luca Marini