Ana Carrasco’s 2020 season came to a conclusion on 10 September at Portimao, where a crash caused her to fracture the D4 and D6 vertabre in her back. The injury put paid to her dreams of title success, the rider keen to score a second WorldSSP300 trophy following her first, scored in extraordinary fashion in 2018.

Having undergone surgery on her back, the Provec Kawasaki rider has gradually begun rehabilitation and now, a little more than two months since the operation, we caught up with her for a chat.

First things first, how are you?

“Quite good, I’m working on my rehabilitation and am recovering from the injury. My condition’s improving a lot and I’m pleased because process appears faster than it originally seemed”.

As for the accident, what happened?

“I don’t remember much about the crash, only before and after. It was quite a banal crash in the end, because I made a mistake going long and then crashed in the gravel. It wasn’t even at high speed, but I was really unlucky because I landed badly". “No. A back injury can be serious, we all know what can happen. But once we realised that my spinal cord wasn’t affected, the bones in the back are like any other and heal in the same way”.

How is your rehab going?

“Good. At first it was tough as I was struggling to move and needed someone to help me with everything but now I can have a normal daily life, no problem. I’m very limited in terms of training though, and although I take a step forward every week I’m still at the first level of training”.

How are you training for now?

“I started to do exercises that require more strength in the gym, and then I started cycling again and I spend a lot of time in the pool”.

Your 2020 season closed ahead of time, how do you view it?

“In general I’m pleased. We fought for the positions that count in the races we completed, we dominated the championship twice and I think we could have fought until the final race again this year. I’m a little sad I couldn’t finish the championship, but I’m pleased with the team’s work, my work and the level we demonstrated at the track”. 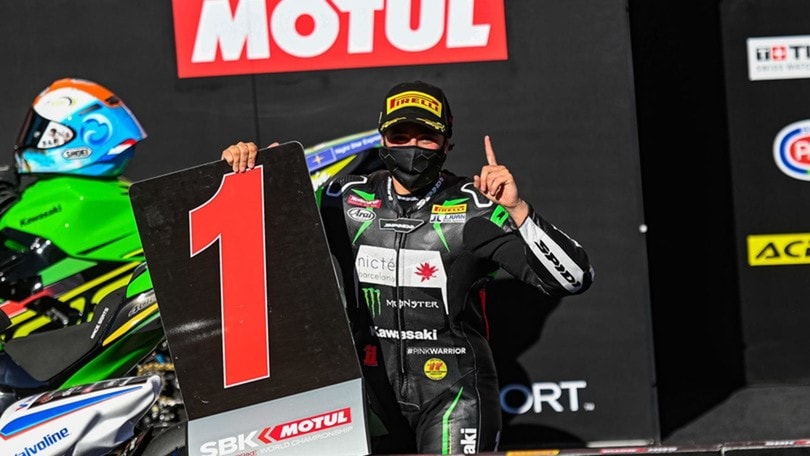 What are your plans for coming months?

“Week after week, we’ll increase the workload and then in early 2021 I’ll undergo another surgery to extract the plate and nails from my back. The aim is for me to be as strong as possible before the surgery and then, once that’s done, focus on preparing for the start of the season”.

“It’s difficult to say right now. I’d like to fight for the title again of course, that will be my aim. A lot depends on my sensations and how my condition evolves over the coming months, before the start of the season”.

WorldSBK, "ugly" but fast: the new Kawasaki promises to be another winner