The long-standing rumour is finally confirmed, with Chaz Davies and team Go Eleven having reached an agreement that will see them join forces in the 2021 WorldSBK championship. This collaboration between the Welshman and Gianni Ramello’s team could very well prove to be one of the most fruitful, at least among the independent teams.

Having come out on top among the ‘unofficial’ teams in 2020, the Italian squad, headed up by Denis Sacchetti, will be looking to defend its subcategory title won with Michael Ruben Rinaldi, who now moves to Ducati Aruba. Essentially a direct swap that will see the Italian with a factory package and the Brit benefiting from almost the same, in that updated material will arrive from Borgo Panigale round after round. 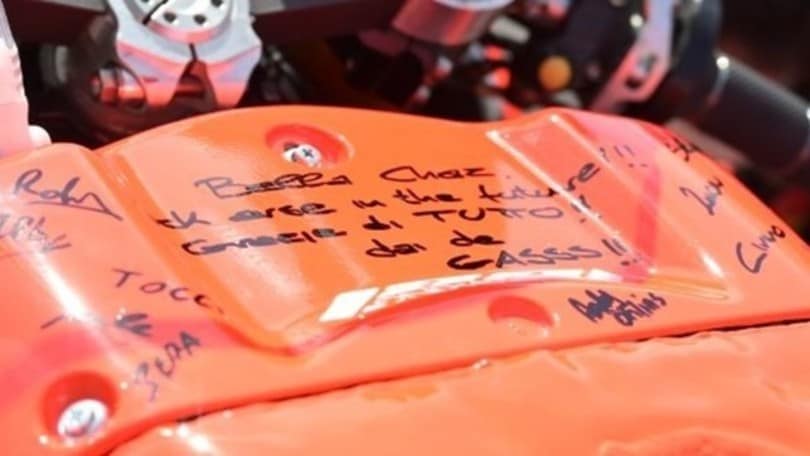 With two race wins and seven further podiums to his name in 2020, the experienced number seven rider will be supported by the racing department. The bike will still be a V4 R, one that Chaz knows well, because it’s the factory version already used this year. He also won’t have the pressure of having to work on development and can instead focus solely on twisting that throttle.

Chain reaction: Barni, Motocorsa and Brixx on the home stretch

The other satellite teams should now complete their line-ups. Will Esteve Rabat make the move from MotoGP? If Tito accepts the SBK idea, there’s a seat for him with Barni, if Loris Baz hasn’t got there first. Lorenzo Mauri’s Motocorsa team is looking at Axel Bassani, while Brixx will confirm Sylvain Barrier, who may well be joined by a team-mate.