Along with Alvaro Bautista, Leon Haslam took part in the virtual event arranged by HRC. The British rider will continue to compete with the SBK team and wants to help develop the Fireblade, a fast and powerful inline four cylinder, even further: "Continuing to compete in the world championship and doing it with HRC is a fantastic opportunity – he says. Last season was very short and it was all new for us, from the bike to the team, with an entire project to develop. From a high-performance standard CBR RR-R, we needed to develop the race model, our work conditioned by the long break in the spring. Despite this, I have to say we made significant progress".

Where do you need to improve?

"We need to take further steps, and we already saw some positive feedback at Jerez. We tested some parts that we couldn’t use during race weekends. It all went well and we’re pleased." 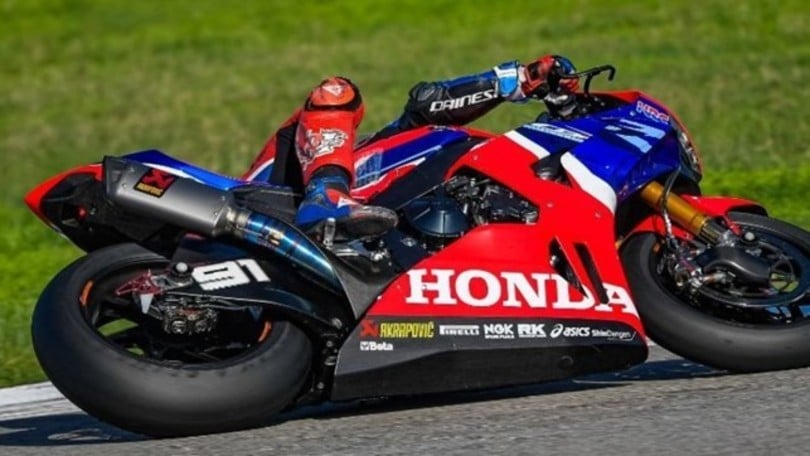 You made your debut in 2003, racing against names that have gone down in history. What’s changed over the years?

"Many years have passed… The bikes we rode back then were different. I can say that I’ve had experience of racing with legends like Bayliss and Biaggi, for example. I’m very happy, because I’ve been on the podium with six different manufacturers. And it’s exciting now too, Honda is officially back racing, battling with Yamaha, Kawasaki, Ducati and BMW. This is probably the strongest, highest level I’ve ever seen, if we’re talking about the commitment of the manufacturers. Being involved in the HRC project is the most exciting time for me, because the challenge on track has grown and the bar is being raised every day".

You know Kawasaki well, having raced with them. Are you worried about the new Ninja?

"Knowing the Kawasaki environment and method, I can say that they are successful because nothing has really changed for them. I'm talking about the team, which is solid. And the riders, and the way they provide information to develop the bike. In practice, they’ve done the opposite of Honda, where it’s all new, although I believe HRC has greater capability than Kawasaki, while they have more experience. I reckon the new Ninja can make another step, we need to beat them, that’s our goal”.