When writing about Can Oncu, it’s useful to remember that the Turk is the youngest ever winner of a world championship race. He was 15 years and 15 days old when he won the 2018 Valencia Moto3 race, attracting the interest of the entire paddock.

After a full season in the cadet class, he then moved to the production-derived bikes. Supersport, or rather the turf of Kenan Sofuoglu, another Turkish ace who manages fellow countryman Toprak Razgatlioglu, nephew Bahattin and "Gian Ongiu", as team manager Manuel Puccetti suggest we pronounce it: "All in all, I’ve had a good 2020 - comments #81 - but it was all new to me and as a result I had a lot to learn. I had some tough times, but I was able to learn from those. Thing improved round after round and I think that we’ll take a big step forward next year".

Did you find many differences between Moto3 and Supersport?

"The competition in 600 is similar to Moto3 despite the very different bikes. The Supersport is heavier and more powerful, you need to be strong and it needs to be carefully controlled. The Pirelli tyres are better than the Dunlops as they offer better grip. Once I started to understand how things were working, I also started to have fun. Moving to team Puccetti, I’ll do better than I did last year".

Still the Ninja ZX-6R, but with team Puccetti.

"It will definitely be better. Last year I raced with Turkish, the junior Puccetti team basically. But now I’m fully part of Manuel’s team. Knowing this makes me feel stronger. Now I’ll be closer to the team’s technicians and the situation means I’ll be even more focused on my goals. My motivation’s very high”. 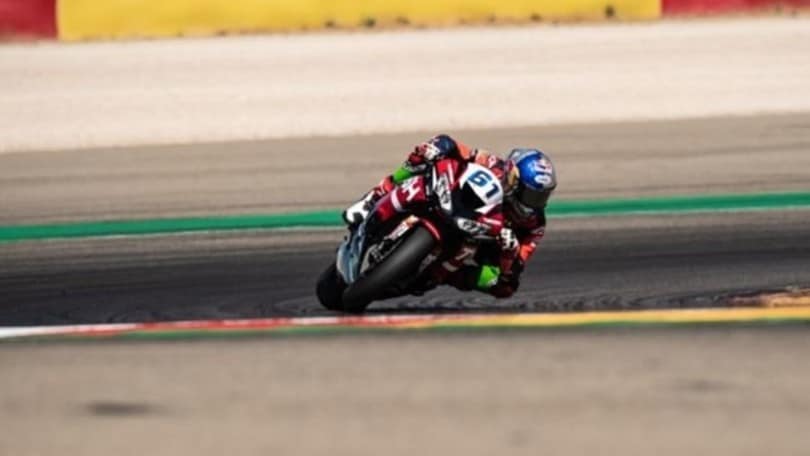 You’ll race for the team that won two titles with Sofuoglu. Does that spur you on or add pressure?

"I don’t feel any pressure or anything, in fact I’m happy. I’ll train with Kenan, Toprak and the guys from Sofuoglu’s Academy and I know that that will help me prepare for the championship. My colleagues and I will live together, training and doing what we need to start the season strong. I won’t need to feel stressed or panicked, I think I’ll just feel happy about what I’m building. My goal is to finish top five overall, with a few podiums along the way".

Do you dream of an SBK career?

"I don’t have specific dreams, it’s best to wait. I just want to improve, doing the job I have in front of me right now. I don’t want to think about where I might race in the future, my mind is focused on Supersport with Puccetti right now, and I’m happy with that. As for SBK, it would be great to see Razgatlioglu and me battling it out. Who knows, maybe both in Puccetti Kawasaki colours. But it’s too early to think about that, my present is here”.

SBK, Mahias: “The electronics? I'd prefer not to use them”

SBK, Mahias: “The electronics? I'd prefer not to use them”