Following the winter tests at Portimao, the news that was in the air is now official: Ryo Mizuno will compete in British Superbike in 2021 aboard the Honda CBR1000RR-R of the Honda Racing UK team. The Japanese rider has already taken part in the Portuguese tests and rounds out a high-level line up alongside reconfirmed rider Glenn Irwin, who already came close to the title in 2020.

Havier Beltran’s team also confirms its commitment to Superstock 1000 with rider Tom Neave, who continues with the squad for a third season. In addition, the team will benefit from official support from the Tokyo-based manufacturer across both categories thanks to the Honda Superbike Challenge Program.

Mizuno: "Ready for a new challenge"

The Japanese rider, winner of the All-Japan GP3 series in 2015 and GP2 in 2017, is excited ahead of this new adventure: “I can’t wait to take on this new challenge in the British Championship. I must thank my sponsors and Honda for giving me this great opportunity and I hope to achieve great success in front of the British fans". 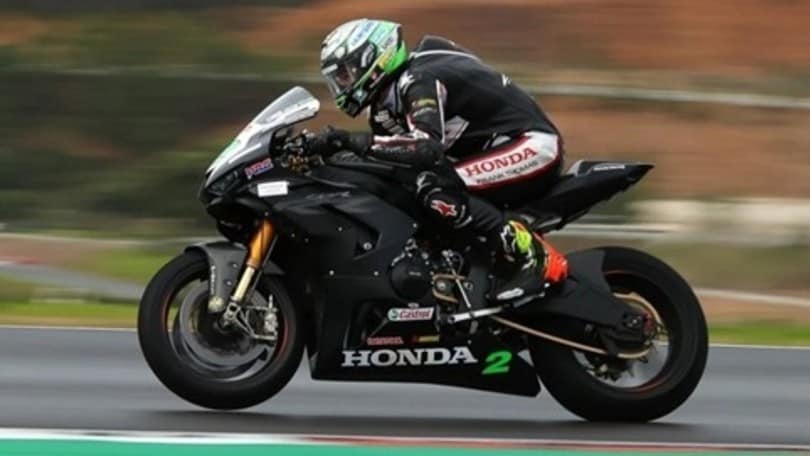 Irwin: "We’ll be prepared for the first round"

The Carrickfergus native is the team’s leading light and he'll be aiming for the title: “I’m pleased to continue with Honda again in 2021. In 2020, we developed the bike during races and this year we start with a solid base, so we’re aiming to improve further. Ryo’s feedback will be fundamental, seeing as he’s coming from a totally different context but already has good experience as a Honda rider”.

The British Superbike season will kick off over the last weekend in May at the Oulton Park track, with each race weekend comprising three Superbike races.

BSB: three races per weekend and a new Showdown in 2021

SBK, Van Der Mark has the plate in his right hand removed