It wasn’t easy but Honda has finally started 2021 with its first tests of the year. Like last week, the team was out on track at Jerez, and once again the weather hindered the Japanese manufacturer’s plans.

While yesterday riders Alvaro Bautista and Leon Haslam were able to enjoy a dry track during the afternoon, more bad weather today saw the team packing up early and leaving in the early afternoon.

Haslam: "Good sensations on the bike, I’ll continue my training with added motivation" 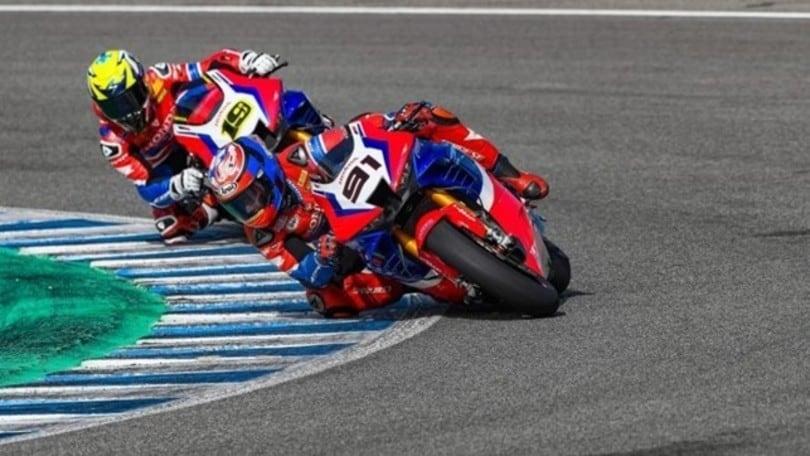 Despite the various difficulties, this first half day served as a very important step, Honda able to receive some initial feedback from its riders regarding the new technical components of the CBR.

This is what Alvaro Bautista focused on this week: “We have not been very lucky with the weather – he admits - but we finally made the most of a half day, testing some new items HRC has brought. We were able to collate some useful data and gain some references, and at least give the technicians the indications for them to be able to continue their development work. So with that in mind, it’s been an important and very positive test, and now we have the direction to follow.”

Leon Haslam is of a similar opinion, pleased to be back on his # 91 CBR. “Even though we eventually had just half a day, we were able to complete some laps and give the engineers and team the information they needed. My feeling with the bike was good and the new items we’ve tested were very interesting, so now I have even more motivation ahead of my training camp in coming weeks. Hopefully we can test again soon so that we’re well prepared for the start of the season”.

SBK, Ten Kate sees light at the end of the tunnel

WorldSBK Jerez Test, Lowes: “Rain? Better during a race than a test”

Jerez WorldSBK test, Rea: “A waste of money not to ride, but the regulation limits us”