WorldSBK, Cortese: “I was close to being in a wheelchair” 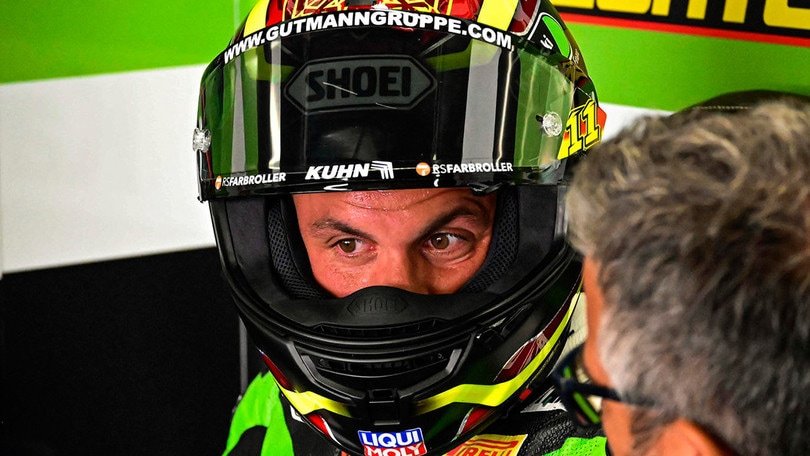 “I have worked on my recovery and rehab for many months. I’ll have another operation in April. It will be tough to race this year”, states the two-time world champion

Two-time world champion Sandro Cortese may not be able to race this year, but he is recovering well after last year’s accident at Portimao, which he suffered while competing in WorldSBK in team Pedercini colours. As the Italo-German rider stated immediately afterwards, it was a very serious incident. “It’s a miracle I’m alive”, he told us at the time.

A few days ago rumours were circulating regarding his possible return to Superbike, perhaps with the Ten Kate bike.

But Cortese himself has told WorldSBK.com that “it would be very tough to race this year".

"The good spots are taken"

“All of the good spots are taken and now, I will concentrate on my full recovery and see what the future brings”, adds Cortese. “I’m very thankful to still be alive, to walk normally and to enjoy normal life again. Of course, I really miss racing and I wish everything had happened differently but when you have such a hard time and a big accident, you are just thankful to be normal again.

“I was very close to being in a wheelchair and to realise this made me forget about other things.”

The 31-year old suffered a serious crash during the Portuguese round, one that resulted in numerous fractures. After several operations, the German is now able to do most things pain-free.

“At last. I had a tough end to last year, with many months in recovery and rehabilitation, and also at the beginning of this year”, explains Cortese.

“I could not do a lot of sport but now, more and more, I can train again. I still need to have another operation to take out the plates, possibly in April. I had a check in December and everything looks good, but I wasn’t 100% recovered. The doctors said I need to come back at the end of February or the start of March and then we can make an appointment for the operation to remove the plates. The plate isn’t painful but, in some positions, it can be uncomfortable.”

“The most important people around me were my girlfriend, family and friends; we spoke mostly every day when I had the downs. They were with me in every moment. Very soon, I realised that I don’t have to be upset about what happened. When I was in the hospital and I saw what could’ve been the end result, like in the wheelchair for the rest of my life, I took the positives of my situation.”

"If I return, I want to be competitive"

Returning to the racetrack remains a priority for Cortese, but he wants the conditions to be right.

“My wish is to jump back on a bike with a competitive team. I’m 31, not too old for racing, so if I come back with a competitive team with competitive machinery, then I will. I am not the type of rider to just ‘be there’ in the paddock; if I come back, then I want to be at the front and fight for top positions. Racing is very quick, one minute you don’t have anything and then the next, you get a chance that you didn’t expect. My goal is to get back 100% fit again and if the opportunity comes, I’ll take it.”

World champion Cortese made his Supersport debut in 2018, winning the title with team Kallio Racing after a real battle against Jules Cluzel. In 2019 he decided to make the move to Superbike with GRT Yamaha and was a regular fixture in the top ten. He then signed to race with team Pedercini Kawasaki and was again a top-ten finisher prior to the accident at Portimao, which put a premature end to his season.