For obvious reasons, we won’t show the images that were published around the world back in 2000. It was Sunday 14 May when the fourth of the WorldSBK rounds ran at Donington Park. This was the season in which Carl Fogarty would abdicate. In his place, Ducati fielded a bland and bewildered Cadalora.

The British public wanted a replacement that could live up to The King. But he wasn’t easy to find and Troy Bayliss wasn’t yet on their radar. And so the support of the 100,000 fans present was directed towards the wildcards who, back then, were more than capable of making the difference.

Names such as James Haydon, Steve Hislop, John Reynolds, Chris Walker and Neil Hodgson. Riding an orange Ducati with number #48, the latter even reached the podium, crossing the line third in the morning’s race. The fans relaxing on the banks were already warming-up with some beers…

Having avoided "collisions", Cristina Siani had a great idea 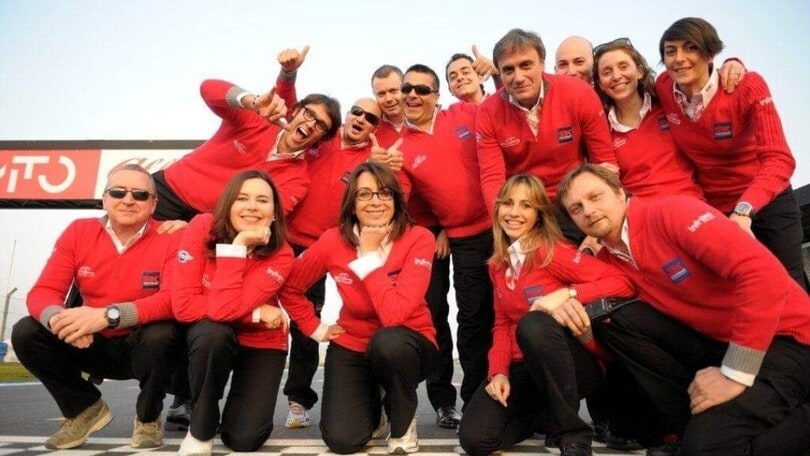 Cristina Siani, at the centre of this image, had already worked in SBK for many years. She played a key role within the FG Sport structure and attended every round: “I saw a lot of naked fans - she recalls – but even more at Donington. I would have to go get the riders and push my way through with them. Not easy in the midst of Mother Nature (she laughs)".

And so the Organisation Manager had an idea: "Guys - she suggested - why don’t we too create an area for the bikes and riders. A Parc Fermé. That way, the naked people will be kept out and we’ll be safe. And we won’t have to get through the crowds made up of mechanics, fans and staff. Alberto Fantini used to give me a hand but, as a woman, it wasn’t easy". 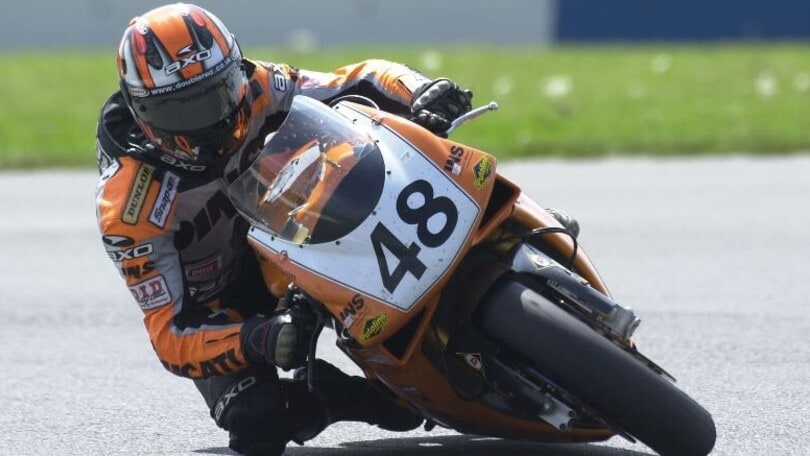 And so we come to the title scene, or rather Neil Hodgson’s win, secured on the final lap of Race 2, just ahead of Chris Walker and Pierfrancesco Chili. The two Suzuki GSX-Rs were beaten by the GSE team’s 996, a team that would go on to debut in the championship with Hodgson.

The fans went crazy. As soon as they saw the chequered flag, they set out on a mission with their Union Jacks: "Look how many people! This is a wonderful celebration of sport" commented Giovanni Di Pillo from the commentary box "and look, a group burn out! Amazing".

At a certain point, "The Voice" was struck by the images: "So many fans on the track. Umm, hang on, they’re all naked! Naked!” And by naked we don’t mean in their underwear. No, no. These peaceful hooligans were as naked as the day they were born. Good times…

Whatever happened to: Ben Bostrom

Anthony Gobert's life on the edge: his brother asks for help

WorldSBK: Kawasaki confirms the Portimao test, but without Lowes

WorldSBK, Van Der Mark: “I need some Yamaha characteristics on the BMW”