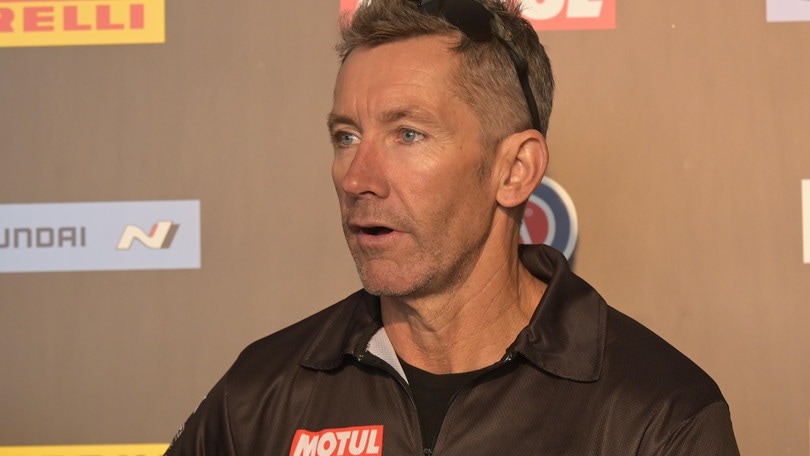 Following on from Corser and Vermeulen, here’s another member of the “Australian Collective” or rather the most successful Australian WorldSBK rider, who cut off his finger to continue racing and won the final MotoGP race of 2006 with Ducati

A rider who won the hearts of the Ducatisti and the second Aussie to fly high in WorldSBK, Troy had a less than lucky time in the world championship but it ended with that crazy 2006 Valencia win aboard the Desmosedici GP6, a ‘prize’ for having won his second WorldSBK title.

Today, Troy Bayliss is a Ducati ambassador and co-owner of the DesmoSport team in ASBK, a team that has been clocking up national titles and that, this season, will field Troy's son Oli aboard the Panigale V4R.

The early days and the BSB title