We expected the news to break next week but instead it has been confirmed today. We’re talking about the latest provisional Superbike calendar, which is gradually taking shape ahead of the 2021 season.

Starting with a bang

The latest news regards the start of the season, which brings two consecutive Superbike and Supersport rounds. Immediately after the Aragon opener, confirmed for the weekend of 23 May, comes the newly-added Estoril round (set to run over the same weekend as the Mugello MotoGP), which returns to the calendar following lengthy negotiations with Dorna.

Portugal will therefore host two championship rounds this season, while the Phillip Island event remains an unknown. The Czech track of Most remains a possible substitute circuit, while Mandalika is still being built and awaits homologations. The coming weeks will no doubt bring new plot twists in what is turning into something of a thriller. 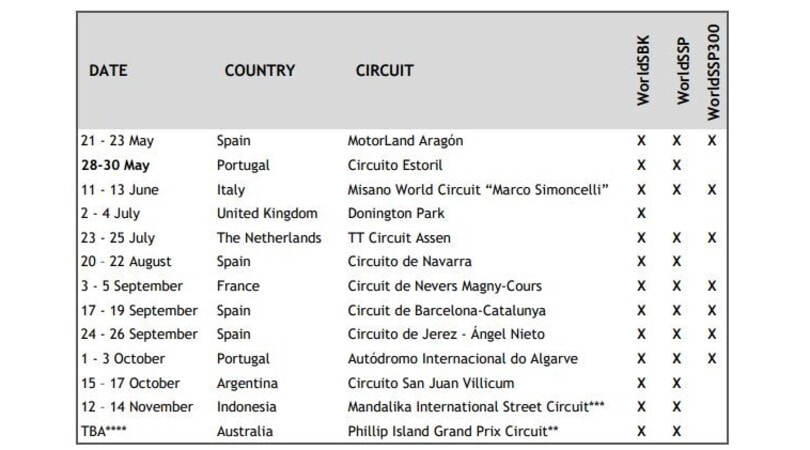 WorldSBK, Batta: “My passion for bikes is my lifeblood”

WorldSBK, Batta: “My passion for bikes is my lifeblood”

WorldSBK: Razgatlioglun in isolation as he awaits a negative test result