WorldSBK, Honda: time to get serious 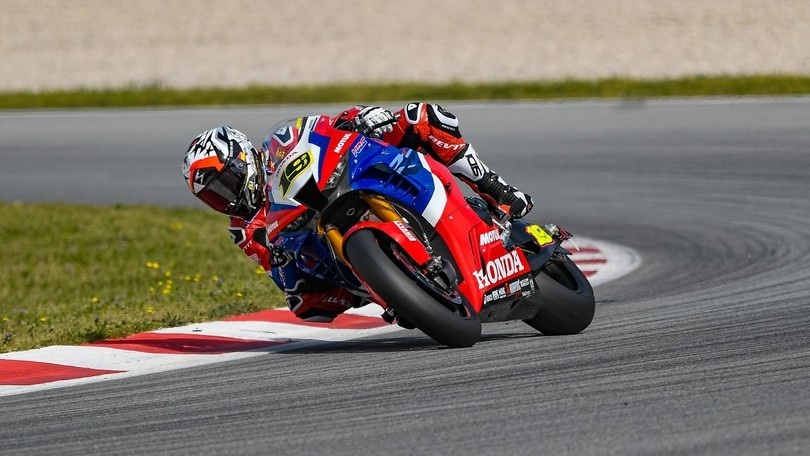 After a complicated 2020 in which it scored just one podium, the HRC factory team is expected to play a central role in 2021, with Leon Camier as team manager and Bautista and Haslam called upon to fight at the front

This weekend will see the Superbike World Championship finally get underway at the Spanish track of Aragón and the 2021 season already presents a number of talking points. One of these is the performance of the Honda CBR1000RR-R which, following a year of intense development, has so far failed to achieve the desired race results despite an expert rider line-up comprising Alvaro Bautista and Leon Haslam.

The factory HRC team has clear goals for the 2021 season then, namely to reach the top with an even more advanced machine and two riders who know the bike well and can start to push to the max right from round 1, which is set to play out at the very track where Bautista reached the podium last year.

One of the big changes in the Honda garage regards the arrival of Leon Camier, who undertakes the role of team manager. The former rider will try to bring his experience and guide the factory team towards a victory, no easy feat considering the tough competition, starting with usual favourite Jonathan Rea of course.

While it’s true that the pandemic has limited development of the Fireblade, it’s also true that the number 19 and 91 rider pairing is one of the most experienced on the grid. It will be essential for them to secure a race win as soon as possible if they want to save a project that, as of today, has not yet shown its full potential.

And let’s not forget that Leandro Mercado is also riding a Honda this season, competing with the MIE Racing team. During the CIV SBK round at Misano, the Argentinian demonstrated that he might be a possible outsider and, even if he's not fighting at the front, he can provide important additional feedback about the CBR, a bike he’s riding for the first time in the world championship.

MotoGP, Max Biaggi admits: “Rossi won't be back to how he was"