SBK, Kawasaki, Yamaha, Honda and BMW at Navarra for reconnaissance 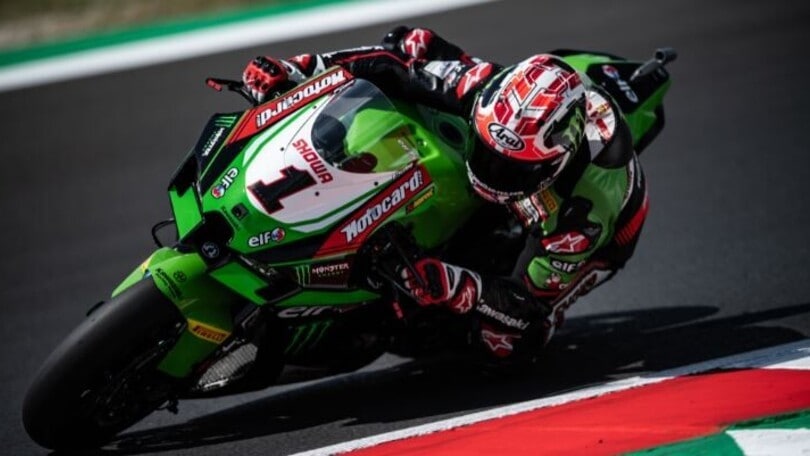 The Ducati teams have already seen the Spanish track, while Rea, Razgatlioglu, Bautista, Van Der Mark, Gerloff and their respective team-mates will test there on Monday and Tuesday

Between Misano and Donington Park is Navarra. But not for all the SBK riders, as the Spanish track - a new entry on the 2021 calendar -  is the next destination only for those who haven’t yet experienced it, or rather everyone except Ducati, which already visited in May.

Ahead of the August championship round, the factory Kawasaki, Yamaha, Honda and BMW teams will carry out a two-day test on Monday 21 and Tuesday 22 June. Good news, because this means the bikes and riders will be on ‘equal terms’ in terms of knowledge when it comes to the race weekend.

Johnny Rea is ready, as is the Provec KRT team. The championship leader is leaving nothing to chance, and the same goes for his staff. And Alex Lowes alongside him. Toprak Razgatlioglu is the Northern Irishman’s main rival if we look at the standings, so the Turk and the Pata Yamaha with BRIXX team are keen to collate some data, also counting on Andrea Locatelli. HRC and SMR will be in attendance with their respective CBRs and M1000 RRs and factory riders Alvaro Bautista, Leon Haslam, Michael Van Der Mark and Tom Sykes.

In the Superbike class, the GRT team rounds out the Yamaha field. So American Garrett Gerloff and Kohta Nozane will also be in action with the R1 M bikes. And in Supersport, Ten Kate will be hard at work at Navarra, bringing current championship leader Dominique Aegerter and Galang Hendra Pratama.

As you can see, no one wants to be left at a disadvantage. Ducati tested at the track in recent months and so the other teams now respond, and rightly so. This goes for both the 1000 and 600 class. GMT94 has been to Navarra with Federico Caricasulo and Jules Cluzel, and now Ten Kate does the same. Rightly so.

WorldSBK calendar: Argentina at risk, Turkey at the ready