SBK, Honda in crisis: but just how interested is it in Superbike? 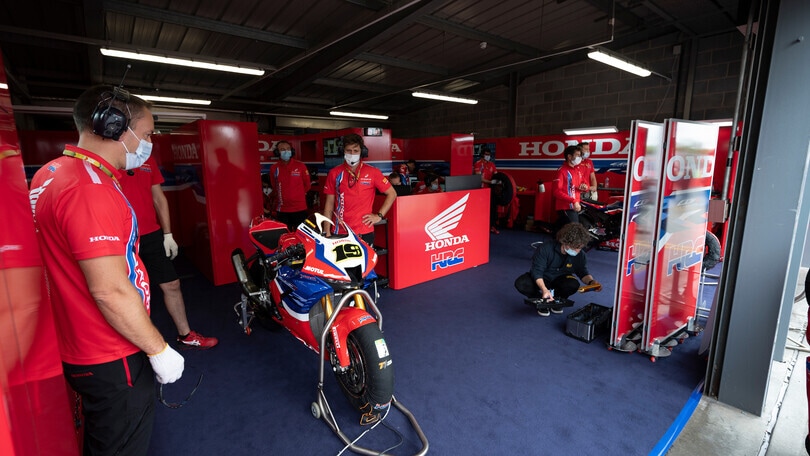 The manufacturer’s CBR project is slow to take off. Bautista and Haslam are yet to score a podium this year, with future projects still to be defined

The Superbike weekend at Donington Park highlighted several things, not least the difficult situation in which Honda currently finds itself. While Yamaha and Kawasaki fight for the title with phenomenons Razgatlioglu and Rea, the Tokyo manufacturer is in a tunnel with seemingly no way out.

In the constructor’s standings, Honda brings up the rear with 74 points (and not even one podium to date), far from Kawasaki’s tally of 191 and Yamaha’s 187. The Honda CBR 1000 RR-R has failed to take off and the riders, particularly Alvaro Bautista, are feeling the effects.

At Donington, the Spaniard finished race 1 in eighth place, 37 seconds behind Toprak, a gap that “dropped” to 22 seconds in race 2, one that took place in the dry, #19 crossing the line tenth. Huge gaps at what is a relatively short track, and one where Bautista reached the podium in 2019, back when he was riding the Ducati. And there’s also a different in terms of fastest laps, Bautista’s best in lap two – a 1'29.104 – far from the time set by Rea, or rather a 1'28.078.

Alvaro is in need of a new bike, the electronic updates not enough to resolve the tricky technical situation. Not even Leon Camier’s arrival has brought the desired turnaround. And yet, during winter testing, the Japanese weren’t exactly standing by. Barcelona brought a new swingarm, a new exhaust and a torque sensor. All updates that failed to modify the character of the CBR or facilitate the life of the former MotoGP rider, never able to exploit his own particular strength, corner speed.

Haslam, strong in England but...

And while Bautista cries, Leon Haslam is not exactly laughing. The Brit has scored 41 points to date, compared to his team-mate’s tally of 57. In the UK, at a track he knows so well, Haslam lifted his head, scoring a fourth-place finish in the Superpole race which is the high point of his season so far. We’ll have to wait for the next Assen round to see whether this was just a one-off result or a sign of real growth but, considering the technical situation, we’re more inclined to think it’s the second.

As hard as the guys in the garage are working, Honda needs to really believe in the Superbike project. Many small updates to the CBR are clearly not enough to close the gap to its rivals, competitors who are not exactly standing still either.

And this is the key point, or rather, to what extent is the Japanese manufacturer really interested in WorldSBK? As the seats for 2022 start to be defined, this summer will serve to clarify ideas and projects, the future once again appearing cloudy. With the threat of playing out another season as also-rans.

MotoGP, Schwantz on Rossi's hypothetical retirement before the end of the season