WorldSBK, Rea considers Navarra: “Unlike Most, we’ve already ridden there” 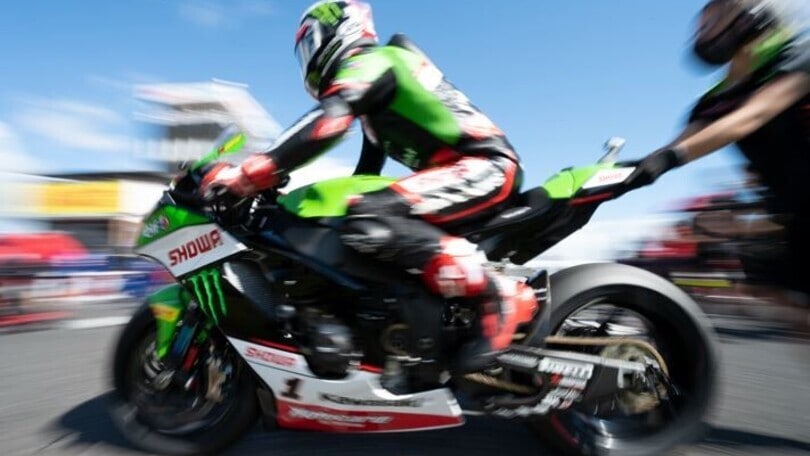 Johnny and the Provec Kawasaki team completed important test sessions in Los Arcos: "I liked the track, I think we’ll be strong with the Ninja”. Alex Lowes: “My aim is to get back on the podium"

We wanted to choose a blurry cover image as a way of depicting Johnny Rea’s performance aboard the Kawasaki at Most. During the latest SBK round, the current champion appeared flat, his Ninja demonstrating something of a limp.

But we might be wrong of course. And we’ll soon find out, because Navarra is almost upon us and this will be a good opportunity for the number 1: "Another new circuit for us. Unlike Most we have actually had a test there, a couple of months ago. I enjoyed the track but it seemed quite bumpy then”.

The Cannibal continues: "It seems the circuit have addressed some of the problems we faced. My rhythm and pace was pretty good there so I am quite curious to see, with everybody on track, how competitive everyone will be. I feel that with our Ninja ZX-10RR we can be strong. The idea is to start on Friday with a base set-up but also factoring in some ideas we tried at a previous test at Barcelona”.

KRT wants not just a good weekend, but a winning one

Johnny finishes with: "The aim is to have a really good race weekend”. And, knowing him, this means a return to winning ways, the rider having last triumphed at Assen, or rather two rounds ago, an event at which he won three out of three no less.

On the contrary, Alex Lowes has been off the podium for a while, his last top three result dating back to Donington Park. The number 22 rider hopes to be competitive in Navarre: “My target is to get back on the podium after a tough few races”.

The English rider has clear ideas: "At the test we did there we were fast and I had a good feeling with the bike. I believe there will be some good passing places and the racing is going to be really close. I’m ready for the challenge!”