Ducati SBK: Redding out to make room for the tried and tested 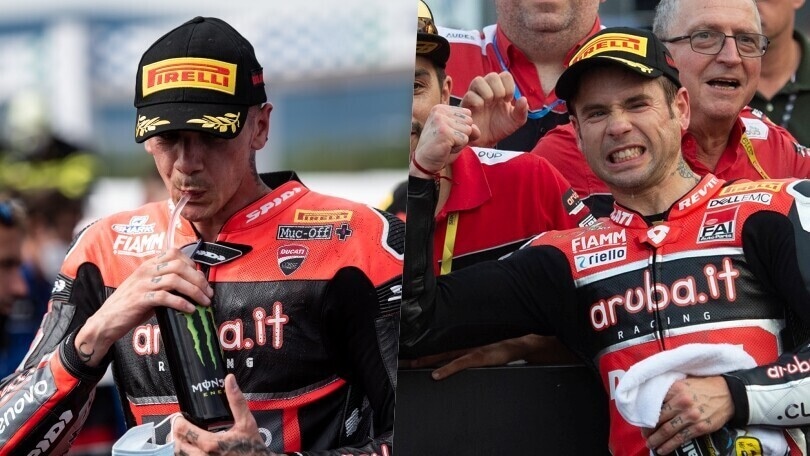 Scott will tackle the BMW project, leaving the Panigale V4R in the hands of Alvaro Bautista. An operation that looks to the past, to relaunch both present and future. We analyse why

After eighteen months of highs and lows, little joy and significant suffering, the separation between Scott Redding and the Aruba.it Racing Ducati team come the end of the season is now confirmed. Not exactly shocking news if we think about it, considering that the less than idyllic relationship between the Brit and Ducati has been clear for all to see.

The signs were already there at Misano, with Redding requesting Ducati’s support in order to turn his season around and admitting that he was not overly convinced about his future with the team. That things might not get off to a great start was perhaps predictable even before the start of this season, when the Ducati team decided to do without Scott’s “squire" Chaz Davies, to focus instead on Michael Ruben Rinaldi.

Rinaldi’s arrival has put an end to the Redding era

A decision that Scott didn’t greatly appreciate. Not so much for personal reasons, but rather in terms of the development of the Panigale V4R. There are significant differences between the two riders who, as well as having very different riding styles, also have quite different weights and statures. Far from the common vision and body type that Redding shared with the Welshman. It was a legitimate decision to focus on the young and talented Rinaldi, but perhaps not from the Brit’s standpoint, now without the balance and certainties that he enjoyed at the start of his first season as a factory rider. Not exactly the climate in which to fight for the title.

Worried for his future, Redding has appeared to get lost in a spiral of performance anxiety, struggling with feeling and front grip issues. Having started out on the wrong foot this season, the results have failed to meet with expectation. Less than clear headed and often stressed, Scott has lost the way and it appears that the Borgo Panigale team has done little to help him find it again. It also looks as if Ducati never truly believed in Redding.

Bautista part 2: the return of the prodigal son

More was expected of #45, or at least a consistency in terms of results, something that the BSB champion has been unable to offer with the Panigale, a bike that enjoyed eleven consecutive wins in its first year in the hands of Alvaro Bautista. But Redding was less of a choice than a fall-back option, called in to fill the void left by the Spaniard when he moved to Honda. A less than happy marriage that has left Bautista more confused than satisfied, the development of the CBR 1000 RR-R proving to be a tough challenge.

Alvaro’s return is not (only) a ‘nostalgic operation’

Having launched the "young" line in MotoGP, in Superbike it seems that Ducati has decided to move at a snail’s pace. It can’t afford to take any big gambles if it wants to aim for the title in the shortest possible time. With a Rinaldi who has proved too green, it would be too soon to play the all-Italian card and add Axel Bassani to the line-up. As things stand, the Aruba team needs an experienced rider, able to direct development and whip the Panigale into shape, giving Rinaldi a real reference point. A task that Redding has only been able to execute in part and one that Danilo Petrucci is unlikely to better, considering that he’s on a similar level to Scott in terms of body type and experience.

The Bautista situation is very different, the rider able to offer the right combination of hunger for results, size and experience, while also having the advantage of knowing the championship and having already done well on the red bike. At almost 37, the Spaniard has everything he needs on paper to spearhead a transition era in Ducati, offering one or two seasons at the top, while the two riders who presumably represent the future of the factory team take time to develop. An operation that has its roots in the past, to look to both the present and future.

MotoGP: Maverick Viñales could already race with Aprilia in 2021